Embrace the Ethereal with Vampyr

As the third accompaniment in the Music for Silents series, Vampyr embodies the surreal in synthesized highly atmospheric splendor.

Fans of the London, UK punk and alternative music scenes may remember Steven Severin as co-founding member of Siouxsie and The Banshees. One of the few genre bands that managed to reinvent their content before disbanding in 2002. His endeavors can now be found in musical scores for television and film.

Vampyr is loosely based on Sheridan Le Fanu’s 1872 tale titled Carmilla which preceded Bram Stoker’s Dracula by 25 years. Allan Grey is a young traveller who arrives in a remote castle for shelter and solace. Bizarre, inexplicable sights begin to unveil themselves unto Grey from a shadow that seemingly has a life of its own to a scythe wielding figure with a toll bell delivering a terrifying dream of his own burial.

Severin’s contributions will surely haunt your soul and resonate within your dreams far beyond the final credits. 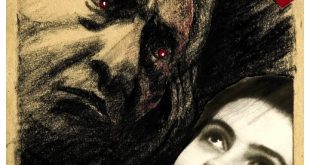