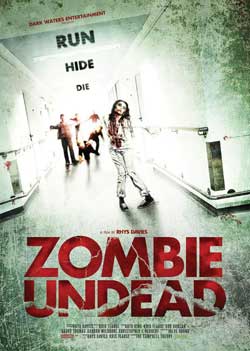 A car roars through the darkened country roads. Inside, a distraught Sarah, holding her stricken dad, Mark, is desperately trying to stem the flow of blood. Having been re-directed to an Evacuation facility on the edge of town, Steve, an off-duty Paramedic is in a race against time fully aware that Marks chances of survival are rapidly slipping away. The scene that greets them on arrival is one of chaos. The floor, awash with blood, is covered with the bodies of the dying and injured, doctors dart back and forth, clearly overwhelmed. A violent convulsion causes Mark to lose consciousness, heart stopped he slumps to the floor. As the adrenalin needle slams into her Fathers heart Sarah stumbles back and her world fades to black. Upon regaining consciousness Sarah is greeted by the uneasy silence of a seemingly deserted building. Bleeding and dazed she stumbles through the darkened corridors unaware of the fate that awaits her

Zombie films have seemed to enjoy resurgence in the past decade. Long gone are the days of horror fans eagerly awaiting the release of the next Romero film for their zombie film done right fix. Romero certainly was old reliable for decades when it came to giving audiences a compelling zombie film, but with films such as Shaun of the Dead, 28 Days Later, Zombieland, and Dead Snow, fans have been given fresh perspective and renewed excitement. Even the remake of Dawn of the Dead offered a refreshing and energizing vision for the zombie sub-genre. So it comes as no surprise that what the success of the films mentioned about that a slew of independent and direct to video zombie films would be released. 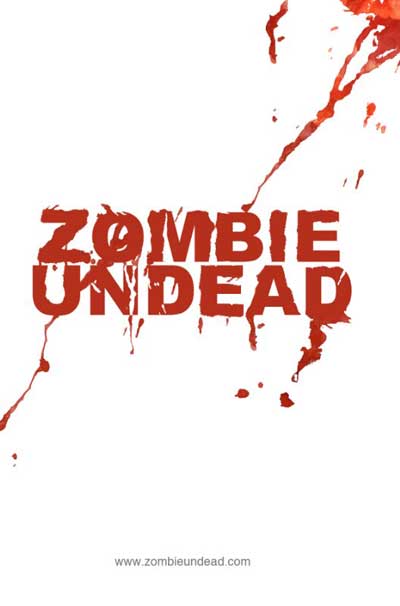 Zombie Undead begins with a frantic young woman in car with her injured father. It is obvious that his injury is the not the everyday cut or broken bone and fans of zombie films will quickly recognize the tell take signs that dear old dad is well on his way to becoming a flesh eater. The car makes it to a hospital, but once inside the girl and her father realize that something is not quite right. It seems the mysterious outbreak has made its way into the hospital and many of the staff and patients have become infected. Along with a handful of other survivors, the young woman must fight to stay alive.

One of the few things the film has going for it is its effective use of the claustrophobic setting. As evidenced by the grandfather of all zombie films, Night of the Living Dead, these types of films are much more effective when the action is confined to a small setting. This builds suspense by allowing the audience to know that the options that the characters have for hiding or escaping are minimal. The hospital used in this film is already slightly creepy because of its slightly run down condition, so it is easy for the director to create atmosphere. However, the lazy and unrealistic reason for why the characters will not simply leave the hospital upon realizing it is replete with the undead is far-fetched. Additionally, there are some minor effective scenes involving some zombie chases and carnage and the climax of the film does build some minor tension. However, beyond these few positives, the film simply does not do enough to maintain the viewer’s interest.

Ideally, it should be pretty easy to maintain some tension and action in a zombie film. How hard is it? Have the zombies always be at the forefront of the action and always a threatening menace, have them attack and chase the characters around a few times, and throw in a few gory death scenes. Mission accomplished. Yet, surprisingly, Zombie Undead rarely utilizes any of the requirements and commits one of the biggest zombie film no-no’s: it becomes boring. 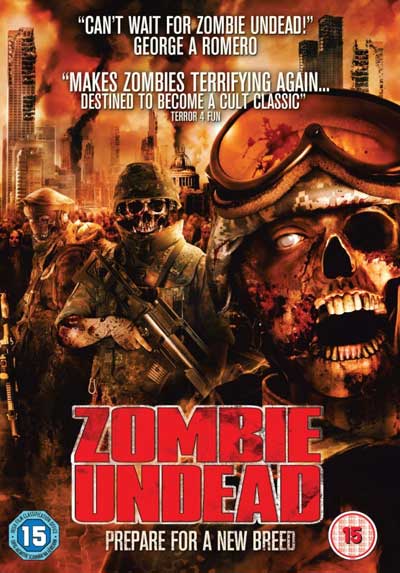 The film is rather talky and segments go on for far too long when nothing happens. There are scenes where one second the zombies are after the victims, but then the next they have time to stop in the middle of the open corridor for literally minutes without any hint of the zombies anywhere. In fact, the films throws the zombies to the sideline many times throughout the film and it is often easy to remember that the hospital is supposed to be overrun with them in the first place. When the zombies do attack, it is done is such a ho-hum, lackadaisical manner that it makes absolutely zero impact, even when the victim is a character we are supposed to care about. The actors do a decent job with what they have, but the script is often silly and repetitive. Sillier than usual decisions by characters make it difficult to buy into anything that is happening on screen. Certain goofs are hard to overlook, such as when our final two victims become “trapped” in an outside courtyard that the characters repeatedly say has not outlet, yet there are very clearly marked parking spaces all around them.

In the end, Zombie Undead is an instantly forgettable and slow test of the viewer’s patience and my bet is many won’t make it to the end of the film. With the setting, it could have been a decent film, but any chance of that was squandered by a pedestrian script and no action. Time would be much better spent watching any Romero film, even his more recent zombie films. And that is saying a lot.