Jerry O’Connell has been warned. The actor plays a soft-core p*rnographer filming bikini babes on spring break in “Piranha 3D.” But he’s not supposed to say he’s playing Joe Francis, the founder of “Girls Gone Wild.” “For legal reasons I’m supposed to say, ‘I play someone loosely based on Joe Francis,'” O’Connell told journo Jacob Bernstein. Now, Francis’ lawyer, Stanton Stein, has fired off a letter to the Weinstein Company, which produced the horror flick through its Dimension Films: “We caution all of those associated with this film to refrain from maligning Mr. Francis … Any defamatory or disparaging statements … will be met with swift litigation.”

Jaws… lots and lots of jaws. From acclaimed director Alexandre Aja (The Hills Have Eyes) comes the new action thriller PIRANHA 3D, in the latest eye-popping 3D technology. A new type of terror is about to be cut loose on beautiful Lake Victoria. After a sudden underwater tremor sets free scores of the prehistoric man-eating fish, an unlikely group of strangers must band together to stop themselves from becoming fish food for the area’s new razor-toothed residents. But our heroine (Elisabeth Shue) is seriously outnumbered, and with only one chance to save the lake and her family from totally being devoured, she must risk everything to destroy the aquatic carnivores herself. 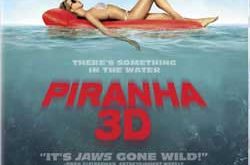 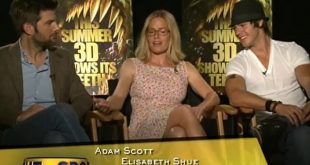 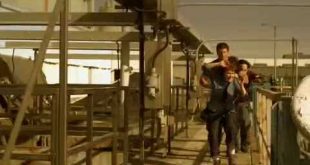 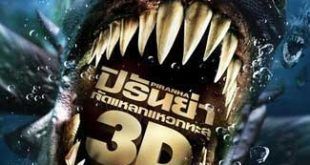