‘Dropping Evil’ Falls your Way with New trailer and Art 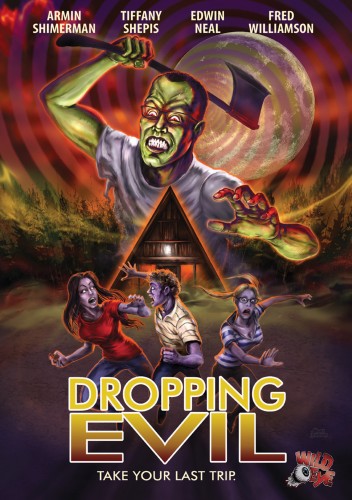 Wild Eye has revealed a new trailer and official DVD art by the renowned Scott “Monsterman” Jackson for DROPPING EVIL, Adam Protextor’s Austin Texas-lensed horror-thriller that’s been compared to Cabin in the Woods, and is being called one of the most original horror films in years.

After his group of friends slip him some LSD during a camping trip, the ultra-nerdy and God-loving Nancy begins to hunt them down one by one after the the drug reveals their “”true”” natures to him. But a mysterious corporation is very interested in this teenage blood bath, and has their own plans to control and contain the evil that has been unleashed, luring the doomed teens to a mysterious cabin in the woods where they can be studied and developed into something even more sinister. 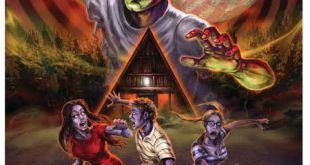