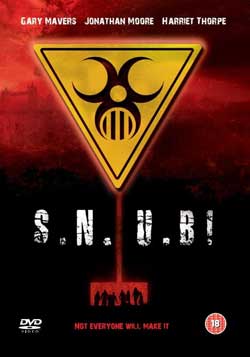 After a nuclear bomb is detonated in London a group of survivors head to an underground bunker (or an S.N.U.B.-hence the title) where they will be safe until the smoke clears. Unfortunately for them some of the violent inmates at a local prison have been mutated as a result of the blast and have escaped their cells, and they want in the bunker as well (and they are eager to kill anyone inside that they come across).

S.N.U.B! (not exactly sure why there is an exclamation point in the title as it really doesn’t belong) is one of those movies that you watch once and then never really think about it ever again unless it is several years down the road and for some reason you think of it but can’t remember the title (anyone else do this or am I alone here?). It is pretty forgettable as well as unoriginal, and most of the time while I was watching it I felt bored silly. Over half the movie is made up of people sitting around talking (or bickering I should say, since this is what they do pretty much anytime there is any sort of interaction between characters) and nothing worth mentioning takes place until later in the movie around the same point that I had pretty much lost all interest in the plot. 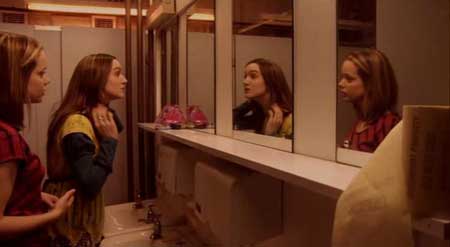 I’ll admit that it had potential to be pretty cool (even if it is painfully unoriginal), but in the end it falls on its face and doesn’t live up to that potential. What could have been an exciting, gory, fun little horror flick with a nice claustrophobic feel to it end up becoming a snooze fest with way too many unlikable characters that got on my nerves the entire time. I think that if the film had been handled by more experienced filmmakers it would have been a lot better. I don’t know if it would have been an awesome movie, but it definitely would have been better.

One of the biggest problems that I had with it was the fact that it had a slew of horrible characters. I really didn’t give a damn about any of them so I wasn’t too broken up when they finally start dying off. The teenage sisters and the gawky teen boy are all annoying (as is the little boy who is walking around with a fishbowl with his fish in it for most of the movie) and all of the adult characters are equally bad. There is one particular character (the weasel-like politician) that got old very, very quickly and I wanted him to have his throat ripped out just a few seconds after we are introduced to him. The male and female “heroes” of this picture are both lame as hell and the only characters in the entire movie that I really liked and cared about were the kid’s goldfish and a stray cat that has just been hanging out in the bunker (I was pretty upset when one of them doesn’t make it). 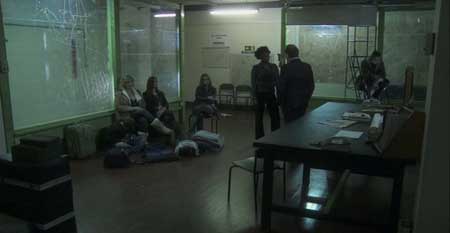 I also feel that I have to say something about the ending as well. Just when things are finally starting to get interesting and the mutant prisoners are running around killing the sh*t out of everyone the movie comes to an abrupt end. I don’t know if the budget ran out or if the screenwriter just got tired of writing and just half-assed the ending or what, but everything just comes to a screeching halt right in the middle of all Hell breaking loose and the remaining survivors are rescued in a very cornball and cliché manner. The way that it ended reminded me of some video game endings that I have seen and feels very rushed. If you are expecting a dramatic, climatic conclusion that leaves you speechless then you might want to look elsewhere. 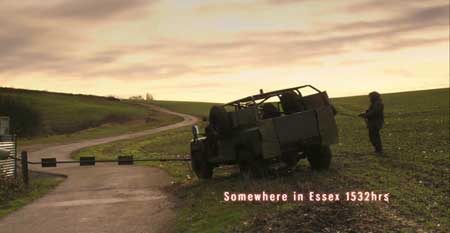 On the plus side there are some pretty cool death scenes. We get a decapitation, a smashed face/head, some stabbings, and a bit where one character is totally mauled by a group of prisoners as he is trying to escape. My favorite though is when a kid finds himself on the receiving end of a power bomb from the top of a stairwell that would have made pro wrestler Big Van Vader proud. It comes out of nowhere and took me by surprise. Without a doubt you will be totally in awe of it as well like I was when you see it for yourself (Okay, so I’m a demented little sh*t).

S.N.U.B! wasn’t the worst movie I have seen of late and there are some interesting and entertaining aspects about it, but I just wasn’t impressed with it (but if you do watch it with friends I encourage you to play a drinking game where everyone takes a shot every time the word “snub” is uttered as you will be drunk pretty damn quick). I was underwhelmed by it and as I said I think that it could have turned out a lot better than it did. Check it out and decide for yourself though, you may see something in it that I missed.