Marvel’s The Avengers is expected to cross the $1 billion threshold at the global box office on May 13, its 19th day in release, The Walt Disney Studios has announced. This is the first Marvel Studios film and the fifth Walt Disney Studios release to reach this important milestone.

The news comes just a week after Marvel’s The Avengers shattered records with a $207.4 million opening weekend, the biggest domestic debut of all time. The film has now earned an estimated $373.2 million at the domestic box office and $628.9 million internationally. As one of only 12 films in history to gross $1 billion, it joins Pirates of the Caribbean: Dead Man’s Chest, Alice in Wonderland, Disney•Pixar’s Toy Story 3, and Pirates of the Caribbean: On Stranger Tides on Disney’s list of billion-dollar films.

Marvel’s The Avengers has set several domestic box office records including the industry’s all-time second weekend record with an estimated $103.2 million, fastest film to reach $200 million (3 days), fastest to $300 million (in a record 9 days), and highest Saturday ($69.5 million) and Sunday ($57 million) totals. In addition, its opening day of $80.8 million is the second-highest single-day gross of all time. Moviegoers gave Marvel’s The Avengers a rare A+ CinemaScore.

“We’re obviously thrilled with the global success of The Avengers,” said Robert A. Iger, Disney’s Chairman and CEO. “It’s a fantastic movie and an extraordinary franchise that will continue with more great stories and compelling characters for years to come.”

On May 8, Disney announced that a sequel to Marvel’s The Avengers was in development, following last month’s announcement that a follow-up to 2011’s Captain America: The First Avenger will be released April 4, 2014. A sequel to last summer’s Thor is scheduled for release November 15, 2013, and the third installment of the hit Iron Man series, which has earned over $1.2 billion worldwide, will arrive in theaters May 3, 2013.

Marvel’s The Avengers is the first Marvel Studios film to be marketed and distributed by The Walt Disney Studios.

BIGFOOT VS. WENDIGO! – DAWN OF THE BEAST

THE END MACHINE’S “PHASE2” Out Today! 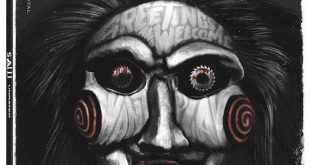