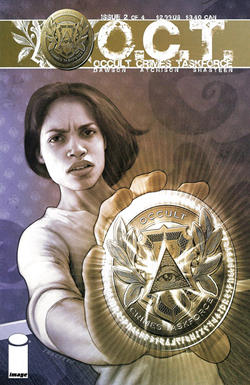 Gale Anne Hurd has been a driving force in genre fare for years. Most recently she is of course bringing us THE WALKING DEAD and it appears as if she may be lending her massive talent to yet another cable network as word has broke that she is set to produce O.C.T.: Occult Crimes Taskforce for the A & E network.

Based on the comic series that first bowed in 2006 O.C.T goes as follows:

When N.Y.P.D. detective Sophia Ortiz (modeled after Rosario Dawson) stumbles upon a bizarre murder scene, she is quickly brushed aside by a covert police unit – – the Occult Crimes Task force. Versed in the black arts and equipped with mystical weaponry, the O.C.T. keeps the streets of Manhattan safe from the unholy creatures of the night. Can Sophia help them stop this supernatural killer?

As the synopsis mentions the main character of Sophia was actually modeled after super hottie Rosario Dawson so it would only stand to reason that she would portray the live action version of her comic. Kind of reads like a modern day Kolchak or X files. Either way, it sounds damn fine to me.

No time line announced. This one is still in the pre-production phase but things can happen fast so stay tuned for updates. 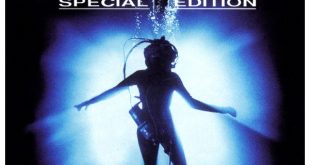