Home | Order me some ‘Taint’ with a side of Troma

Order me some ‘Taint’ with a side of Troma 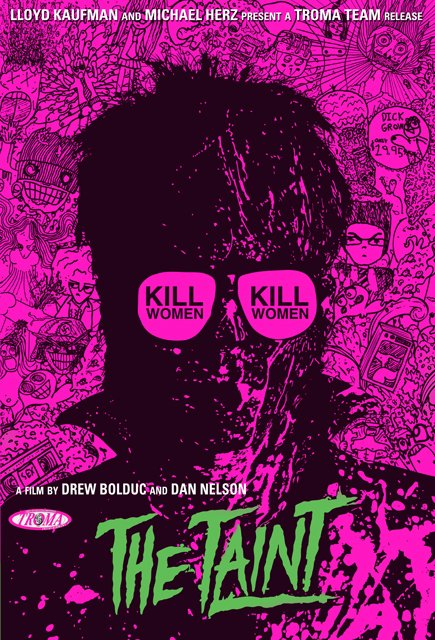 Greetings from Tromaville! Troma Entertainment is proud to announce the recent acquisition of the world wide rights for Drew Bolduc and Dan Nelson’s The Taint.

Like all Troma films, The Taint touches on searing sociopolitical themes, in this case misogyny, which is ingrained in American society. The evils of our Vi*gra and pharmaceutical fueled male population are lambasted and satirized in The Taint.

The water is tainted. THE TAINT poisons the minds of men. It turns them into raging misogynists. When society is transformed into a land of sadistic violence and horrible brutality, it is up to Phil OʼGinny and his female friend, Misandra, to combat the horrible evil that is THE TAINT.

President of Troma Entertainment and Creator of The Toxic Avenger, Lloyd Kaufman, when asked to describe The Taint, replied:

“I cannot exactly describe what happened in The Taint because it would not be appropriate for a normal publication or television review. However, I can tell you that it will be a long time before I even consider placing a penis in my mouth again.”

Troma has birthed many mainstream talents, such as James Gunn, Matt Stone, Trey Parker, and Eli Roth. There is no question Drew Bolduc and Dan Nelson will follow in the footsteps of these visionary entertainers.

The Taint is a brilliant film that, 20 years from now, will be imitated in the same way The Toxic Avenger is imitated, but only Troma has the courage to embrace it now.

The Taint will begin screening in select theatres this spring.