Now that the much anticipated Season 2 of The Walking Dead has begun and is currently in a mid-season hiatus, in the coming weeks I’ll continue to be bringing you a special look at our beloved cast of characters. This week we’ll look at Carol. 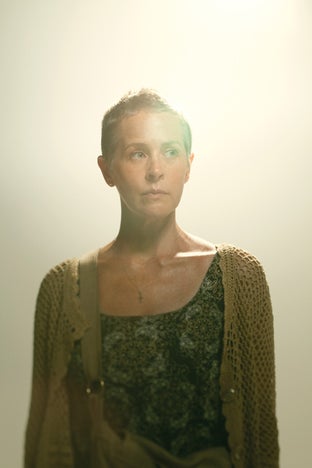 Melissa McBride steps into the role of Carol Peletier. She is soft spoken, meek, a bit defenseless, the wife of an abusive husband Ed, and has a daughter named Sophia. As of the mid-season finale she is now the last remaining member of her family. Her husband met his demise by the hands of a walker and Sophia tragically went missing and ended up in Hershel’s zombie barn. Throughout her stay with the survivors she was extremely protective of Sophia. After Ed is almost beaten to death by Shane she starts to develop a thicker skin. As the first season moves along she becomes much stronger and independent.This is unlike her comic counterpart. In the comic series Ed doesn’t exist. The inclusion of his character acts as a catalyst to her growth into a stronger individual. Time will tell how the death of Sophia will take its toll.

When Sophia went missing Daryl takes on the leadership of finding her. Since his character is known for being a bit reckless and on edge sometimes,  this surprises everyone. He dedicates most of his time looking in the woods where Sophia was last seen. He even risks his life to find her, ultimately getting wounded on one of his excursions. He also takes to comforting Carol and realizing that he probably won’t find his brother, but he keeps holding onto hope that they will find Sophia.

Sophia: Sophia is Carol’s daughter. She is very protective of her. Sophia and Carl are also close to each other, they regularly enjoy playing and acting like children in such an adult world. Sophia has the misfortune of wandering off and getting lost in the woods near the highway where the survivors encounter a horde of walkers making their way through. Her fate is revealed during the mid-season finale. Sophia’s character in the comics survives and becomes an anchor for her mother. While she doesn’t survive in the Walking Dead television universe, it was quite a shock to fans of the comics that they took this direction in the series. Daryl: When Sophia goes missing Daryl takes the responsibility of finding her very seriously. He also takes to comforting her about Sophia’s disappearance. After Daryl gets shot accidentally by Andrea, Carol repays the favor and takes care of Daryl a little bit. It is rumored that Carol and Daryl would become an item. So far that remains to be seen but that may not be far off. They both have been abused and lost someone close to them so they have some deep things in common. Carol also thanks him and tells him that he has done more for her and Sophia than her dad ever did.

Carol’s relationships with the rest of the survivors vary. She is sweet and calm so she gets along with everyone and tries to help out when she can. Shane has stood up for her, almost beating her husband to death in the first season after Ed raised his hand to her. She also has a good relationship with Lori. Lori tries to be the beacon of hope for the survivors, Carol and Lori met first as well. We see their meeting at the beginning of an episode this season. Back then she was still dominated by her husband but you could tell that they cared for each other. When Sophia goes missing Lori is also one of the first people to try and comfort her. Her relationship with Rick is also varied. She outright blamed him for losing Sophia. Of course Lori defended Rick and Carol eventually apologized but she still holds onto a bit of resentment towards him. When her worst fear is realized and Sophia steps out of the barn as a walker, Rick is the only one who knows what must be done. How will she able to handle the aftermath of Sophia’s transformation and inevitable death? How would you go on?

Have I forgotten to mention anything else about Carol? Who is your favorite character in the series or comic? Please sound off in the comments section and look out in the coming weeks for the next Character Profile: The Walking Dead: Hershel Greene. Revisit the first season on DVD and Blu-ray and continue to read The Walking Dead comics. You’ll be glad that you did. Don’t forget to tune into AMC at 9 pm, Sunday February 12  for all new episodes! This season promises to deliver twists and change our characters. 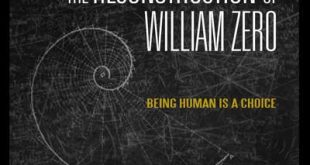 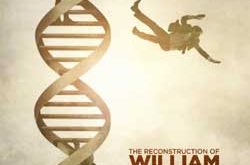