Pirates Steal the Movie ‘INK’ and Deliver it to All

Anyone who is anyone knows what viral marketing is these days; or, at the very least, what it implies. Up until recently the only things being sought after for “viral” were marketing campaigns to make money. All of these schemes exist to rob you of your hard earned cash. But does this viral approach stop with moneymaking schemes? Apparently not.

Horror films on the whole have been looked at as either childish or too disturbing for so-called “normal” people to watch. As a result we wind up with craptastic horror movies that are watered down remakes from some over-the-top Japanese slasher flick. This is changing and I believe it started with Paranormal Activity. The fans spoke and its limited release became a full-fledged one. But this is not about Paranormal Activity and, in fact, screw that movie. It wasn’t that good anyway! It was Blair Witch with ghosts and made for a whopping 11k. Whoopee. Kudos to you guys for getting it here but this is about INK.

INK represents a true viral outbreak and I don’t mean zombies. The movie is great and that fact does not really factor into this one bit. The movie debuted at a handful of screenings with that money being pyramided back into the film for more screenings. Then of course there are the festivals and conventions. Factor in social networking and you have another LA wildfire. The fans have been talking to and plugging away at the guys from Double Edge Films since INK was released.

Piracy has its proponents and its supporters and even though Double Edge is not in favor of piracy it would seem their thoughts be a changin. Within 48 hours of its release was on the torrent sites and downloaded to over 100,000 people. To put this in perspective; that craptastic Wolverine was delivered to roughly the same amount of people in that same amount of time. And I still maintain studio involvement as the movie was horribly bad.

Hollywood hates indie films. We all know this. Independent film represents the thought that vastly “unskilled” people can pick up a cheap digital camera, film in their bedroom and get nationwide audiences i.e. Paranormal Activity. The difference with INK is that it is still very much underground, raw, gritty and independent. The fan following, as I am writing this, has placed INK in the top 16 on IMDB and has gotten OVER 400,000 downloads from the torrent sites according to Pirate Bay where it is the number downloaded torrent. When Hollywood distributors tell you that there is no audience; INK is proof there is an audience and a powerful one at that. 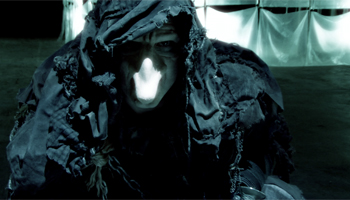 Keep in mind that they called the revolutionaries criminals, terrorists and pirates – look at us now. And thanks to these pirates of media; look at INK and the buzz they are generating. If the numbers are correct then INK has more watchers than many mainstream movies and with worldwide distribution through that little box sitting in front of you.

Is INK a horror movie? Eh. Depends on your definition. To me Twilight is a horror movie just because it was so damn horrible. INK is about Emma; a comatose 8 year old. Throw in the mix a brutal merc roaming around her dreams and you have an interesting and unique story: INK. The film is available on DVD and Blu-Ray as well as at Blockbuster and other movie rental outlets. Support indie filmmaking and buy the movie. If you can’t afford it and download it then make a donation via the many donation buttons often found on torrent sites.

Pirates Steal  the Movie ‘INK’ and Deliver it to All 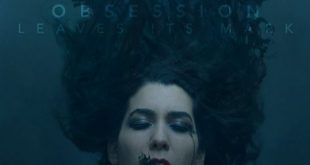 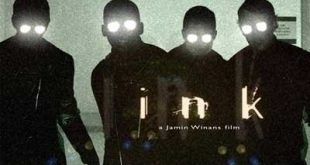