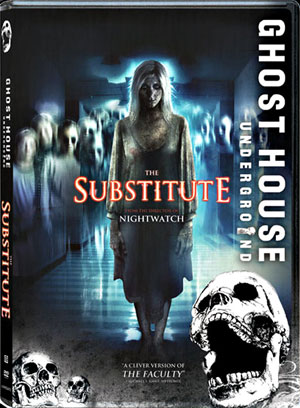 Something about the new sixth-grade substitute just isn’t quite right. Even though she’s managed to charm all the parents, the students are convinced that Ulla’s ((Paprika Steen) ) cold, eccentric, mind-reading behavior is anything but normal. When they discover that their new sub is actually a menacing alien, Carl (Jonas Wandschneider) and the rest of the students band together to thwart her evil plans.

Sort of a bizarre film that comes to us from the ghost house underground collection. The Substitute revolves around a town who’s 6th grade classmates await a new teacher due to there existing one taking on an illness. We are introduced in the film by way of a alien lifeform resembling tinkerbell that comes from the skies and down into the throat of one of the residents. Evidentally, the resident becomes possessed with the life form taking over herbody.

As the kids become acquainted with there new teacher Ulla, (Paprika Steen) we instantly recognize her lack of compassion, political awareness and consideration for how to address children. Instead she tricks them with words and in some cases alien powers that she will educate them beyond there wildest dreams (not by there choice). Not taking this approach too well, the children complain, parents gather and the film takes weird turns along the way. It’s evident that Ulla is eccentric, but she is able to fool the parents by playing on the imagination of the children. 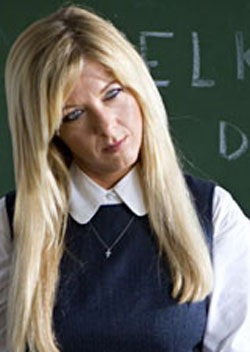 Because this film is a Danish film (overdubbed with English), it doesn’t really move in the directions that we expect from usual films of this nature. That is not a bad thing though. It keeps you pretty fascinated with how things will play out and where its all leading. It’s (Paprika Steen) performance that steals the show. Her odd, cold and quirky acting changes thought out the film really sell the character and its alien origin. There is not alot of FX through out but there is a few cool moments that work really well. Ulla apparently has a weakness for eating that involves, chickens, shrunken men and other unusual habits. There are a few moments where I was lost in the back and forth narrative, but none-the-less it all played out as expected.

If your wondering what the film centers around, its the basic nature of love and other life forms inability to understand it. We find that although we lack the intellect of other species, we still excel at the basic emotion of love that seems unattainable in the existence outside of the human race. Substitute had some holes that could of been tightened up, but I did enjoy the fantastic acting by multi-talented Paprika that made this film watchable. Her ability to jump in and out of emotional states is uncanny. It’s got some alien stuff going on that makes it fun and you might find yourself comparing scenes here and there to the movie Faculty but all in all its a great release from the Ghost House! 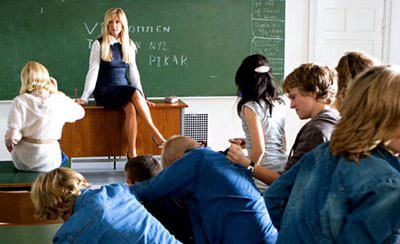 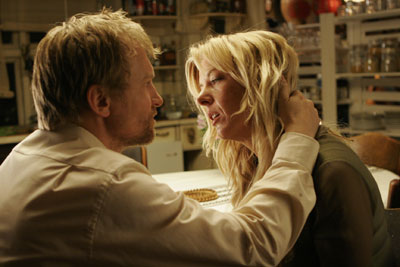 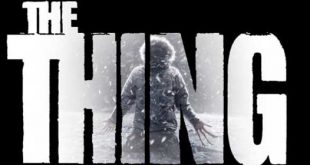