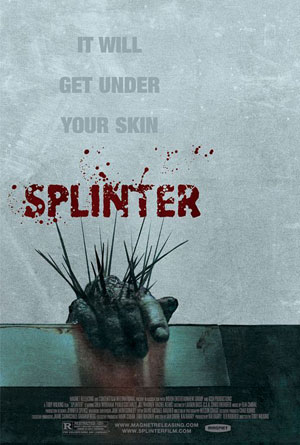 A couple set out for a romantic camping trip but get abducted by a felon on the run who brings them to a gas station. There, they get more than snacks, they get a battle for their lives.

A gas station attendant sets up his post and awaits customers on the desolate highway in front of him. An unseen creature approaches him and begins to snarl. At first he shoos it away until he decides to take a closer look. Bad mistake!

Cut to a happy couple setting out on a camping trip. Paulo and Jill have a tough time setting up a tent so they decide to for-go the outdoors and head out for a hotel. While heading down the road they see a young woman stranded along the side. Jill pulls over to offer help to the girl but as soon as she stops a man appears at her window and tells her to open the door. Paulo pleads with her to drive off but the man flashes his gun and demands she open up.

He gets into the car with Jill and Paulo and instructs his girlfriend to get in the front. They all drive off and it starts becoming apparent that his girlfriend is coming down from some kind of drug then she screams as they hit an animal. Believing it is her previously dead dog, she forces Paulo to help her animal as Jill and Shea attend to the blown out tire caused by the collision. Shea looks at the tires damage and discovers some kind of spikes sticking out. He goes to touch one when it splinters into his finger.

Meanwhile his girlfriend is freaking out on Paulo as they are standing over the road-killed animal. The animal is completely crushed and contorted but she presses him to save it. Although Paulo knows nothing can be done, the gun to his back makes him act like he is trying and suddenly the animals tail starts to wave about. They both run back into the car screaming just in time for the tire to be fixed and she screams for Jill to drive away. Shea tries to calm her and tells her its just hallucinations from the effects of detoxing but she refuses to hear it. They see a gas station ahead and pull into it for some gas.

Shea’s girlfriend walks into the bathroom where she finds the gas attendant laying on the floor covered in spikes. As she steps up to take a closer look, the attendants contorted body starts to arise. She runs the front of the station and screams for Shea. Annoyed by her persistence about the man with spikes, he starts to quarrel with her until the gas station attendant rushes out and jumps on her. The group realizes the attendant is no longer human and lock themselves into the building trying to plan a way to escape.

This story is a return to classic sci-fi horror flicks of old. The whole idea of some kind of alien being taking over and dominating life on earth is a refreshing change from the remakes and rip offs of late. And they FX in the movie with the creatures themselves were awesome. At points you see bones just crack and snap back into unnatural positions and it looks very truly realistic. Props to the FX guys in this one. But I do have to say what drove me absolutely crazy is the camera work when the creatures would appear. Epileptics should not watch this film for that reason. It just sucked because of all the effort that was put into the making of the grotesqueness of these beings was grossly overshadowed at points by the violent shaking of the camera. Over half of the attack time you have to slow down the frame just to get a clear picture of what’s going on.

That took so much away for me. I’m pretty sure of what the shaking was trying to convey but its annoying as hell when you are saying what the crap because of the camera work of almost every attack. The actors did a great job in sucking you in and making you believe their plight. Not once with the three mains did I feel they over shot and there is a part of the film when Paulo is blanketed in ice where he plays it very realistically. I wouldn’t exactly say this is one of the films you have to jump up and get right away but I will say you should def get it at some point. I liked the concept of the film and the way it was done for the most part. Take away the seizure inducing kill scenes and the movie is pretty kick ass! 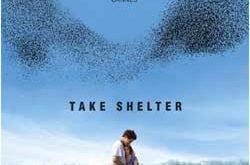 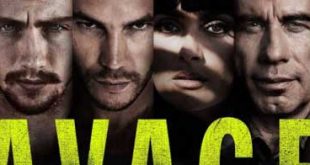 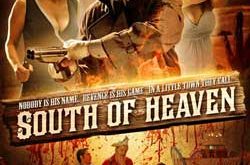