Heya Freaks And Minx!
You actually came back?! Well, sh*t the bed!! Thanks so much for not giving up on me too soon! (Give it a few more editions and you may change your mind) Hope you guys enjoy!

WHAT WOULD HORROR BE WITHOUT WOMEN?! WOMEN IN HORROR CON’S TO START
…AND I’M PLANNING ONE AS WELL


I have a couple of cool things I am working on so please excuse me if I seem scattered here in a bit.

I am working on the 2011 WOMEN IN HORROR CONVENTION: LAS VEGAS which is set to be hosted at the Sci-Fi Center here in LV! I am pretty excited about this venture although I know it’s probably gonna kick my ass to get all of this done by February. As of now, Reyna Young (LastDoorwayProductions.com) and I have set the dates for February 5 and 6. You have three months to ask your boss for some time off, plan the road trip or buy the plane ticket, and get ready for some feminine ass-kickery! I have been asked a few times what help I may need with putting this together. If you wanna throw your hat in, please see what category below you may fall into: -Las Vegas Locals – I need people to help me with some leg work. If you would be willing to put together a street team, visit relevant local shops, and/or talk to everyone who will listen about coming out and supporting us, I need you! :D

-Sponsors – We will be making posters and other types of giveaways for the con. If you have an internet business that you would like to advertise on our posters, programs, fliers for the con, on this column and everywhere else the con will be mentioned and other items, this would be a good spot for you. I will be giving some of the posters and such away on HNN so you will have a much wider reach than only Vegas. (Only, Vegas is a very awesome reach as well) -Guests – We would really like to see everyone here! We have some guests in mind but please let me know if you would like to be considered.

We will be finalizing our list in a short while so let us know your interest as soon as possible. If you fall into these categories or want to offer something I haven’t listed, contact me at Dai@HorrorNews.net To see more about what is going on all over the world for February, please visit The Women In Horror Website created and maintained by Hannah Neurotica.

WTF PIC OF THE WEEK

Are you lost, sweetheart? Are you ‘fraid, honey? Well then, why don’t you come with me?

This pic isn’t as much a WTF as it is an “OMG, is that the dude from Poltergeist?!” When I saw this one all I could do was laugh and sing the song.

I think it’s an uncanny resemblance, what do you think?!

God is in His Holy Temple! Earthly thoughts be silent now!

COOL STUFF THAT DESERVES MENTIONING
A few events happened over this week that I didn’t get to attend but would like to talk about.

The NEW YORK HORROR FILM FESTIVAL (NYHFF) was this week and I haven’t hear much about it other than some crazy drama went down and my friends got drunk. Great reporting guys!!! haha BUT I am hoping that all who attended had a great time besides the problems with the films starting late and being out of focus at times.

Congrats to Jeff Dylan Graham who won an award for best performance in a feature film for FELL and the cast and crew of KODIE who won the audience award.

I just got a sneak peak at Jen and Sylvia Soska’s (DEAD HOOKER IN A TRUNK) new film AMERICAN MARY.

I have been threatened within an inch of my life should I let the trailer leak but I can say…THIS LOOKS SO F’IN AWESOME!

These girls have received a lot of buzz for their film “Hooker” and standards seem to be set pretty high because of it. But if I can say anything about this upcoming film, I predict people won’t be disappointed at their next endeavor.

Be sure to keep a look out for the trailer, which is set to be released on December 11th, 2010. I will be posting it on this site as well as this column. SO EXCITED FOR THIS ONE!

IT’S BETTER TO BE SUCKED THAN TO SUCK

This weeks question was:

If you were offered the “kiss of death” from a vampire (pick the version that you would like, it is up to you) would you accept it or turn it down and go on living?

Out of all of the responses, I didn’t get one person who said no! Here are some of your answers:

Mike Bartley Id rather be bitten by the hot goth stripper from Zombie Strippers ;-)

Travis Legge I’d snatch it in a heartbeat…imagine all the films I could make if I could live FOREVER!!!

Elizabeth Pierce I am a vampire

John Moretz no sparkly vampires for me then sure, why not live forever? I’m a big procrastinator so I’ll be able to put things off even longer

To join in future conversations, add My Facebook Page! Can’t wait to see ya there!

AND NOW FOR SOMETHING A LITTLE DIFFERENT

Our video of the week comes from COAL CHAMBER!

Now, if you have ever seen STRANGELAND then you have heard this song. This happens to be a favorite of mine  so jam out with me!

Thanks for stopping by everyone! This week may be a little crazy for me so please excuse me if the next column is late.

Otherwise have a GREAT THANKSGIVING and know that one thing I am thankful for is that you guys continue to put up with me. ;) 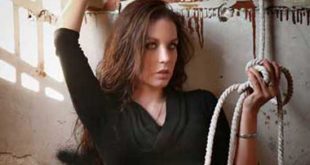 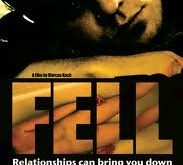