Home | News | Underworld 4 Gets a Director

Underworld 4 Gets a Director

The fourth movie in the Underworld franchise now has a release date and has signed on directors as well. It’s tentatively set for release on January 20, 2012 and the Swedish team of Mans Marlind and Bjorn Stein who are known for their English debut film of Shelter will direct. This was the missing piece to the puzzle as Kate Beckinsale signed on back in September to reprise her role in this film. Now that it has two directors the project should move forward and begin work shortly. 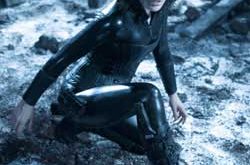 Underworld 4 – The return of Kate!