Film Review: The Perfect Witness (aka The Ungodly) (2007) 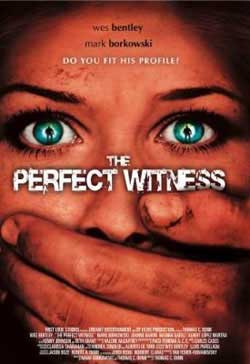 When struggling filmmaker Mickey Gravatski (Wes Bentley) inadvertently records a notorious serial killer (Mark Borkowski) in the middle of a murderous act, he decides to use the footage to blackmail the madman into being the subject of a disturbing new documentary. Directed by Thomas Dunn, this unsettling psychological thriller explores the dark side of the human psyche and the depths to which one man will sink to make his mark.

Young filmmakers find themselves desperately searching for new material to make it in the field of cinema, and go through desperate endeavors when faced with a low budget. Documentaries are an answer to one struggling without the cash to hire actors, but unfortunately, real life subject matter can be more difficult to endure versus the fictional flick of its kind. In Thomas Dunn’s “The Perfect Witness,” a young recovering alcoholic tries is hand in his new addiction of documenting a local serial killer, but is caught up in the violence in this emotional thriller.

Mickey Gravatski(Wes Bentley) is first shown outside with video camera in hand, taping Jimmy Lamec(Mark Borkowski) mutilating a young woman in an alley. Unfortunately, Mick is spotted by the killer and is chased away. Mick’s plan is fulfilled when he threatens to turn in the footage of the slaying of the woman by Jimmy upon meeting him in a park, and Jimmy agrees to help star in a breakthrough documentary of a real life serial killer.

Mick’s filming begins with interviews of Jimmy, and he reveals his beginnings of killing at a young age by slaughtering animals. Other roots of Jimmy’s serial killing behavior come out, when Jimmy’s sister Megan(Joanne Baron) is tracked down and is interviewed about Jimmy’s tormented youth by a psychotic mother, Emma(Beth Grant). Jimmy also has an eccentric tradition with his killing, in which he plucks his victims’ eyes out.

The tables turn on Mick’s seemingly perfect plan, when he comes home to find his mother kidnapped by the man he is blackmailing. Finding a picture of his mother with the eyes tore out, Jimmy is now in control of the torn cameraman, while Mick desperately tries to figure out a way to get his mother back. Mick is forced to watch a slaying of one of Jimmy’s victims, as well as get immersed in Jimmy’s life to a deeper extent in an effort to get out of Jimmy’s trap in revenge. 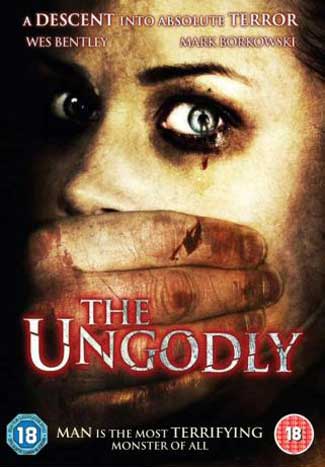 “The Perfect Witness” stars Wes Bentley and Mark Borkowski, that perfectly portrays partners in crime in Jimmy’s world of serial killing. There is not much bloodshed throughout the movie, but a perfectly bloodsoaked surprise ending that fulfills the storyline of the film. There were plot twists that kept the movie on the go as far as an interesting story line, and seeing Jimmy and Mick duke it out as best friends and enemies at the same time is fascinating. There are only few scenes that we see Jimmy in action of killing, but the seeing the torture scenes of Jimmy as a kid in the backstory is very disturbing. 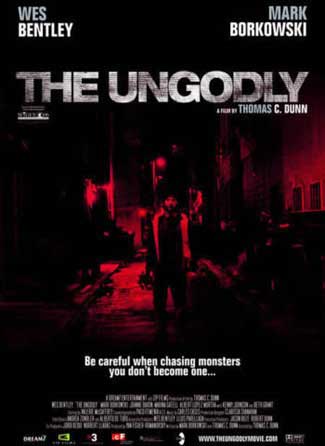 Thomas Dunn’s “The Perfect Witness” is a modern day documentary gone wrong film that has plenty of plot twists to keep the audience well immersed in the story. This young filmmaker learns that dealing with real life in a movie is cheaper than making a big budget production, but more harmful when he gets wrapped up in a serial killer’s dangerous world.

Tags The Perfect Witness The Ungodly