As we approach the end of 2022, it’s time to look back at some of the best horror games released this year. From survival horror to psychological terror, this year has seen a wide range of chilling experiences for players to enjoy. However, as is always the case, there have been a few games that manage to stand out above the rest.

In this article, we will be taking a look at three of the best horror games of 2022, as well as giving you a little information about each of them to give you a better insight into what they all have to offer. Without further ado; here’s the three best horror video games of 2022. 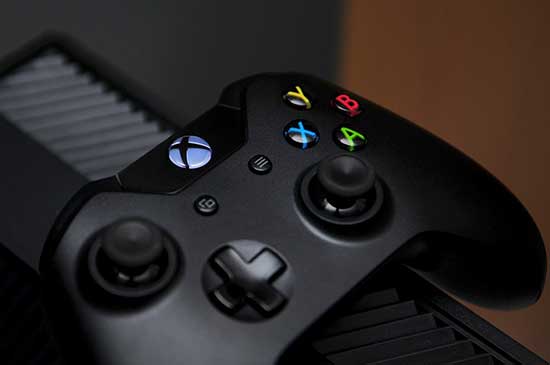 Releasing in the closing months of 2022, “Choo-Choo Charles” took many gamers by surprise. No one had very high expectations for this game – it just looked like yet another strange indie game trying to come up with an idea that hasn’t been portrayed in a video game before.

While Choo-Choo Charles certainly is a little on the strange side, it managed to blow gamers away with its gloomy atmosphere and tense action scenes. Almost any Choo-Choo Charles review you look at is going to praise it for its tasteful use of horror tropes like jump scares and menacing music, and the entire experience just ties together to make a fascinating yet frightful horror game.

Choo-Choo Charles capitalises on the somewhat common childhood fear that many people have about “Thomas The Tank Engine”, and because of its unique setting and innovative gameplay, we just have to give it a spot on this list.

“Horror Circus” might not be one of the most well-known horror games on this list, but that’s not to say that it is any less impressive. Horror Circus is an arcade-style slots game that mixes the classic slots format with a horror game, and the result of this is an experience that is incredibly exciting and unique.

This game originally gained notoriety when it was discussed on the best gambling podcast produced by “AskGamblers”. This game quickly blew up after gambling fans were made aware of its existence, and in no time at all, Horror Circus has become one of the most popular slots games to have ever existed.

Its popularity is even further exacerbated by the fact that horror slots games are few and far between – it can be extremely difficult to find a good game if you are a huge fan of both gambling and horror.

We can only hope that more games like Horror Circus are developed in the future. The success of this game might just give slots developers the nudge they need to capitalise on the demand for good horror games.

Another notable horror game that was released this year was the highly-anticipated “Resident Evil Village” DLC “Shadows Of Rose”. The eighth instalment in the long-running “Resident Evil” franchise was incredibly popular amongst fans and followed protagonist Ethan Winters as he battled his way through a mysterious village.

In the Resident Evil Village DLC, players get to take control of Rose Winters, a woman who is so desperate to shake herself of the mould that she is willing to plunge herself into hell.

This DLC also introduced new features like the ability to play the original Resident Evil Village in third-person, a feature that has been heavily sought after since the game’s launch. It also allows players to play as Chris Redfield, Lady Dimitrescu, and Karl Heisenburg with the Mercenaries Additional Orders bonus mode.

Fans of Resident Evil Village have been looking for any excuse to jump back into the action, and it seems as if the Shadows Of Rose DLC is going to give cause for just that.

Resident Evil Village is one of the best horror games of all time, and the addition of the Shadows Of Rose DLC just brings the package together all the more.

Overall, 2022 has been a great year for horror games, with a wide range of titles offering something for every type of player. From blockbuster hits to indie darlings, the horror genre has continued to evolve and thrill players around the world.

Sure, 2022 might not have had as many horror games as players would like. Compared to past years, 2022 has left a little more to be desired. However, the games that we have been given more than make up for the lack in quantity, and we can’t wait to see what comes of the horror industry in the future if this level of quality stays true.