Home | Articles special | Have You Ever Seen a Horror Football Movie?

Have You Ever Seen a Horror Football Movie?

With the world currently glued to their screens watching events unfold in Qatar and looking at new betting offers sign up to enjoy their football experience that bit more, you might find it hard to believe but there is actually a horror film based on the sport of football.

It is the combination of two opposite worlds where football creates a sense of anticipation, anguish, and suspense. Whereas horror films…well, horror films and football go hand in hand. It is surprising that more are not made about the sport! 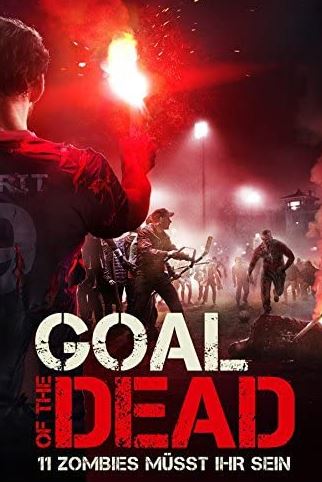 What is the film?

The film is called Goal of the Dead; so it is very much on the nose! The film is a cult classic among the footballing fanatics of this world and fans enjoy the crossover of the two genres.

Goal of the Dead is a French film that was released in 2014 to coincide with the World Cup that was held in Brazil in 2014. With France falling to the Germans in the quarter-final some French fans would describe their World Cup campaign as a horror film considering they lost to their bitter rivals Germany!

The premise of the film, directed by Thierry Poiraud and Benjamin Rocher, is that of a zombie horror movie where a local player returns to his local team to play a game. However, he is greeted with a hostile crowd and one of the players on his side is injected with steroids which leads to him being infected with the virus.

This spreads quickly and the whole stadium turns into a massacre with the surviving players fighting their way out of the stadium by killing zombies. One fantastic part is when a zombie is killed by getting their head kicked off by the main character Sam Lorit, played by French actor Alban Lenoir, and the head rolls into the goal as if they scored a goal.

What was the critical response?

The great thing about this film is that it does not take itself too seriously at all. It has comedy elements and it has a far-fetched storyline that keeps the audience entertained throughout.

Many news outlets such as the Hollywood Reporter and Andrew Pollard of Starburst rated it 8/10 stars and wrote, “Despite its ludicrous-sounding plot, Goal of the Dead is a massively enjoyable movie.”

With a budget of $4.4 million, the film went straight to DVD so there were no rabid zombie football hooligans to go to the cinema and enjoy this footballing entertainment masterpiece.

However, with an IMDB rating of 5.5 and a rating of 33% on Rotten Tomatoes, it is a mixed bag amongst fans. But the mixed ratings can be accredited to the genre and the silly nature of the film because as stated it does not take itself too seriously.

Will we see more of them?

As Goal of the Dead was released in 2014, it has been 8 years since it was released and there has been no real comparison. However, with sport such a prominent thing in the world there is certainly a gap in the horror film market for more sports horror films.