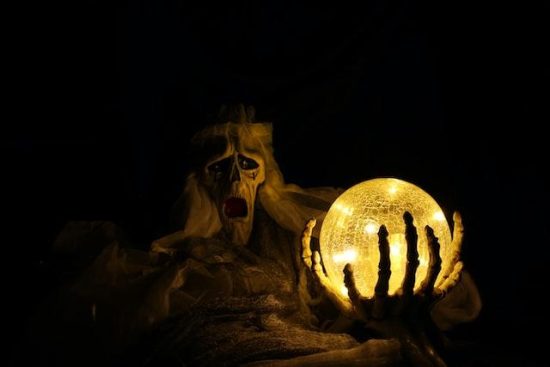 Everyone sometimes wants to tickle their nervous system, which explains the high demand for horror films. However, this statement is true not only in relation to cinema, but also to casino slot machines provided by online casinos, the best one you can find at inicasinoonline. Read more about how foreign developers cope with the demand for horror slots in our review.

The first eye-catching detail of the game is that, despite being in full compliance with the modern requirements of the industry, including the graphical component, NetEnt’s Blood Suckers project was released about ten years ago. The developers did their best: from the first seconds in the game there is a gloomy atmosphere, like from a horror movie. The scenario will tell the player about the bloodthirsty vampires who became the protagonists, which was reflected in the choice of symbols.

The creators used the usual coil placement system – 5×3. With each spin, 15 symbols appear in front of a foreign player: on five vertical reels in three horizontal rows. The number of pay lines is 25, and the RTP value is 98%. Compared to other projects in this category, this figure is considered high, which is one of the main advantages of the game.

The symbolism is chosen according to the theme and, given the complexity of the details, it is executed quite qualitatively. On the reels you can see the images of the main characters – vampires, as well as some means that allow you to defeat the bloodsuckers (garlic, crossbow, a book with magic spells, a decanter with a potion). Also during the game, the Angel of Death is encountered.

The Halloween slot will introduce you to an abandoned house run by the main character of the film, Michael Myers. The gloomy atmosphere created by the lack of light and the presence of old objects scattered throughout the house is accentuated by a soundtrack playing in the background and sudden sound effects that help create a sense of unease. If you’re looking for a game to unwind, this is definitely not it.

Three bonus symbols landing on the reels trigger a trick, or processing wheel. There are many players on the wheel who can qualify for cash rewards, as well as two different bonus features that can be triggered: Boogeyman Bonus and Free Spins.

Boogeyman Bonus will take you back to the house and you will have to fight for your life and try to avoid the killer by making the right choice. Each correct choice brings a cash reward, but if you get caught, the game will end. Free spins are triggered when the wheel stops on one of the four symbols and that character replaces all the others for the duration of the round. With nine free spins in place, this bonus round can deliver some solid payouts.

Here you will find all the main attributes of mysticism: a raven, a rose, a candle, a potion. Also in the game there is a main character, who is a girl with a characteristic appearance. To achieve a frightening atmosphere, the provider was helped by the musical accompaniment, which perfectly complements the animated background image, which consists of a gloomy foggy landscape at night.

From the original in the new Pin-Up casino slot machine, there is only a playing field of an unusual layout 3x4x4x4x3. In simple terms, the three central reels contain four symbols, and the first and last reels – three symbols. There are eight symbols in the game: two special and six standard. The special symbols are Wild and Scatter.

Slot machines are recognized as the best gambling entertainment. Therefore, every day they become more diverse and interesting. Today, in the expanses of gaming clubs, you can find exciting slots on any subject. There is a category of games created for lovers of good fairy tale stories, and, on the contrary, there are emulators that can delight every connoisseur of horror films.