The Most Viewed Movies of 2022 in the UK

With the movie industry constantly changing and evolving, it’s difficult to predict what movies will be hits. However, depending on your interests, you can always identify a specific genre and follow reputable sites for information about the list of best-performing movies and likely the most watched movies in that specific genre and period in your region. Importantly, when you are not watching movies or following news about them, you can check £20 free no, deposit casino uk bonuses. You may use the free bonuses to gamble and even get a chance to win money in your new gambling hobby. 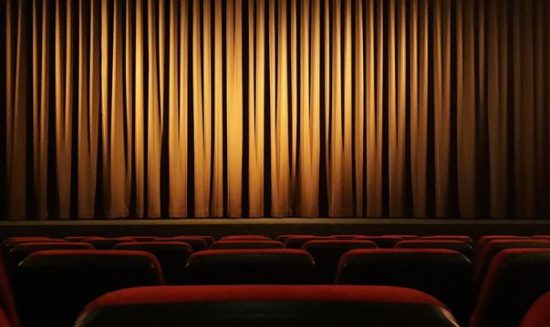 As we have almost approached the end of 2022, now is as good a time as any to take stock of the year’s films. In this post, we have compiled a list of the five most-viewed movies of 2022 in the UK and also will talk about the good movies that are worth seeing.

Don’t Worry Darling is one of the best-performing films in the United Kingdom. Olivia Wilde directed the movie, and it’s about a couple, Alice and Jack, who live in the community of Victory. The storyline is so captivating. The town where the couple lives houses men working on a top-secret Victory Project.

While the men spend their time in the Victory Project Headquarters working, their wives spend their time enjoying the luxurious lifestyle of their community. The women, who are homemakers, stay at home cleaning, preparing food for their men, and enjoying luxurious lives in paradise. The wives’ lives are perfect since the company meets the needs of everyone in the community. Notably, the company that the men work for requires them to remain unquestionably committed to the company’s cause.

However, as they continue spending their time in this idealised community setup, Alice begins to question why they live in the Victory and what they are doing there. Alice starts to question the secrets being kept away from the families living in this company by the company’s owner. The lady, who is a housewife, like the rest of the women, is willing to lose as much to expose the sinister things happening beneath the facade, the perfect lives they are living in paradise. Mainly, the wives are not supposed to ask their husbands about their work and are discouraged from interacting with anyone outside the Headquarters.

Ol Parker directs this film. The film is about a divorced couple, George Clooney and Julia Roberts, who reunite for a joint mission. Although they are exes, they plan to travel together to go and stop their lovestruck daughter from making the mistake of marrying. Although they are now divorced, they are longtime friends. This time they find themselves on a plane to Bali. Their fears are valid as 25 years ago, they had made a similar mistake, and today they are divorced.

Their daughter Lily, although she has known the man for a short time, is planning to marry him. However, her parents hope she will change her plans and not match Gede’s finances. Although the parents are working together to sabotage their daughter’s wedding, things don’t work as expected for them. This romantic comedy is a highly viewed movie in the UK due to this exciting storyline, especially the reunion of George Clooney and Julia Roberts. Notably, the film has received mixed reviews since its release in September 2022.

The Smile is an American horror film directed by Parker Finn. The movie is about a therapist, Dr. Rose Cotter, who witnesses the horrific suicide of a patient, Laura. Before this patient was taken to Rose, she had witnessed her college professor commit grisly suicide. After that traumatic experience, Dr. Rose starts experiencing events she couldn’t explain. To escape these heinous experiences, Rose is supposed to confront her past traumatic incident.

The movie’s exciting storyline has made it one of the most viewed movies. The movie has received positive reviews, with many critics praising the production values and jumpscares. Although the film is about painful, gruesome, and disturbing suicides, it has a creepy smile which is an inherent contradiction. The characters in this movie are traumatised and tormented by horrifying spirits, yet smiling at their most tormented times. In real life, we could be people who could be smiling yet, hurting inside. Therefore, many viewers could identify with the symbolic meaning of the story.

The movie was written and directed by James Cameron. The storyline entails Marine Jake Sully, who, after his brother was killed, engaged in a mission on a distant futuristic world of Pandora. While in the alien world, Marine and other crew members become Avatars, learn about the native race in that land, and adapt their culture. Also, he knows about Parker Selfridge’s greedy agenda to mine Navis’s rich woodland after driving them out. The director explores exciting matters such as colonisation, climate change, and the need for acceptance.

Although Avatar was not initially intended to be a family-friendly film, it became one due to a positive reception by the viewers. Many viewers find valuable lessons in the movie hence giving positive reviews. The movie was R-rated, where an adult should accompany children under 17. However, since its release, it has become one of the most viewed movies. Although the film contains graphic scenes, it is an entertaining ride with its fair share of exciting scenes.

This is an exciting drama with a fascinating storyline. It’s a story of a widowed lady, Mrs. Harris, who, in the 1950s, fell in love with the couture Dior dress. Mrs. Harris, a cleaning lady, decides she wants to own a similar dress. But she can’t travel to Paris immediately due to living hand to mouth. However, she still believes she can embark on a journey to Paris, France, to purchase the dress of her dreams. Fortunately, she receives a war widow’s pension, and she is now able to travel.

Notably, when she gets to Paris, she not only transforms her outlook but turns around the future of the House of Dior. While there, she is befriended by Dior’s Accountant, Andre. Notably, the Dior director, Claudine, decides to fire several workers because Dior has suffered financial problems. However, Mrs. Harris advises Claudine to listen to Andre’s ideas on how they can transform Dior into a modern and profitable business. The story is fictional, but the imaginary scenes in the movie make it feel believable.

Other Most Watched Movies

By studying related information on how different movies perform, you will realise plenty of movies have started to fade from memory. Some of those currently on the horizon will have come and gone without leaving too much impression. Notably, the above list may vary as new films are premiered, and some movies start to perform better than others. Therefore, if you like to plan your moviegoing, consider what movies are popular now and maybe compare them with ones still favoured over the years.