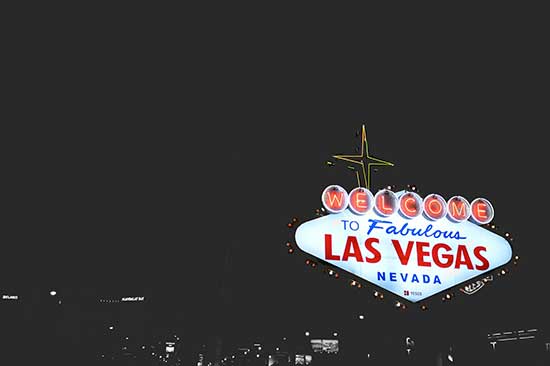 Las Vegas is best known for its casinos. These giant gaming facilities tower over the city and its famous strip. They are a big reason that tens’ of millions of visitors head to the Nevada desert each year.

Vegas’ dominance is one that has been built over a very long time. In the early days, sawdust-lined saloons offered a range of entertainment options to the workers of the nearby Hoover Dam. Over time, these saloons traded their sawdust for real carpets and grew larger and larger.

By the 1970s, Vegas was hosting major events like the WSOP and blockbuster boxing bouts like Muhammad Ali vs Jerry Quarry, cementing itself as the entertainment capital of the world and a household name both in and outside the United States.

As a city that almost everyone has heard of and one that offers a unique backdrop, Vegas is the ideal location to shoot movies. From The Godfather (1972) to The Hangover (2009), the city has starred in more Hollywood blockbusters than even the most A-list of A-list actors.

The Leprechaun movie franchise has developed a huge cult following. Although the first movie, simply titled Leprechaun (1993) was created with a budget of less than $1 million and received mostly negative reviews, including some that described it as “unwatchable”, “neither scary nor funny”, and “idiot”; it made a profit of $5 million and was a hit among viewers.

It was so popular, in fact, that Warwick Davis returned for five more installments as the Leprechaun.

His third outing was, naturally, Leprechaun 3 (1995), a film that saw a Leprechaun statue sold to a Las Vegas pawnshop. But after the store’s owner steal’s the figurine’s golden coin, it comes to life and wreaks havoc on the city.

As any film set in the city should, Leprechaun 3 offers plenty of shots of the strip and the inside and outside of casinos. 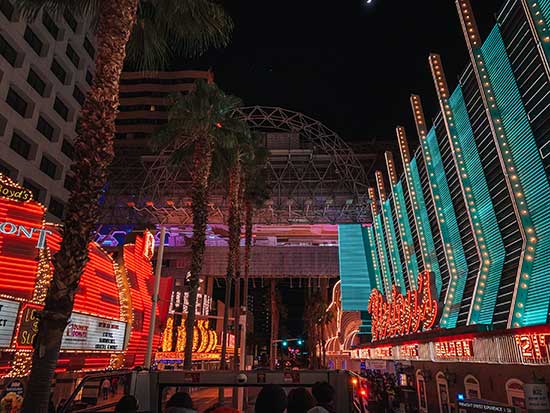 Dead Man’s Hand (2007), which is sometimes known as Casino of the Damned is a film that’s focused on a single casino, rather than the whole of Las Vegas.

Directed by Charles Band, it follows the typical formula of the creator, combining cheese and cheap jokes to make a movie that’s so bad, it’s good.

It follows Matthew, a guy who inherits a dilapidated casino from his uncle. After getting the keys, he, his girlfriends, and some of their friends head to his new property to check it out.

As you can expect, the group quickly discover that the casino is haunted and they soon become the victims of this paranormal activity.

Also released in 2007, Vegas Vampires is, as the name suggests, a film about vampires that’s set in Las Vegas.

In it, the Nevadan city is over run by vampires who wreak havoc on its residents, visitors, and officials.

The almost universal consensus with the movie is that it’s bad. So bad, that you can’t not keep watching because you want to see just how bad the direction can get.

From this perspective, it’s highly entertaining and as you watch, you’re treated some great shots of this famous city.

2007 was the year that Las Vegas was overrun with horror movie productions as Resident Evil: Extinction was also created that year.

Like Leprechaun 3, it’s the third part in the series but unlike the others, it had a large production budget ($45 million) and made a significant profit ($147.7 million).

That still didn’t stop it from receiving negative reviews from critics ahead of its release, though viewers were more receptive.

The film follows Alice, the character from the previous films. On her journey to Alaska, she stops in Las Vegas but is ambushed by zombies created by the Umbrella Corporation. While the whole film isn’t set in the city, it offers some of the best shots of Vegas among any horror film thanks to the higher production value.