If you’re a die-hard horror fan, you’ve probably played your fair share of blood-curdling horror games. You might have already clocked the horror classics, whether it’s the Call of Cthulhu series or the gloriously gory Left4Dead shoot ’em ups.

If you’ve done all of the big names and are looking for something a little bit different, we have got you covered. From surprisingly spooky slots to murderous mobile games, here are some must-play horror games that you probably haven’t tried yet.

For this mobile game, the name really does say it all. The action takes place in a first-person perspective, where you find yourself inside a haunted abandoned theme park from which you must escape. The catch? You are constantly being chased by an evil killer clown.

You’ll be riding rickety rollercoasters and solving nerve-racking puzzles in your increasingly desperate attempts to outrun the clown before he can sink his teeth into you. This game truly demonstrates how much horror you can cram into a handheld device.

For something lighthearted and a little bit different, you could even try a horror-themed casino slot game. There are many examples to choose from, but our favourite is the Rabcat slot Anna van Helsing Monster Huntress, available at the Hippodrome online casino. This game is a homage to Van Helsing, as well as Bram Stoker’s classic Dracula tale. As you spin the reels on the hunt for real cash prizes, you’ll find monsters, protective charms, and the occasional jump scare, all set within a spooky underground crypt.

House of the Dead: Overkill

The House of the Dead arcade shooter series is anything but niche, being one of the top franchises of the early 2000s. However, one game that truly flew under the radar is the 2009 Wii shooter game Overkill. The action takes place in the Lousiana swamp, with the occasional foray into a blood-splattered Bourbon Street.

The game takes the classic railgun format of previous entries in the franchise, so don’t expect any brain-twisting puzzles or survival tactics in this one. Instead, you’ll find an endless parade of the terrifying undead, as well as mutated boss monsters than will take all of your skill and bravery to defeat. This game is not for the faint of heart.

Not all horror games need to be filled with blood, guts, and jumpscares. Sometimes, a well-crafted atmosphere is all you need to chill the blood. In Stasis, a point-and-click online game, you find yourself aboard an abandoned spaceship like Dead Space.

However, instead of being hunted down by intergalactic monsters, you must patiently piece together the increasingly unsettling clues aboard the ship to find out exactly what happened to your crew. This is one horror game that will stay with you long after you have finished playing.

Sometimes, a good horror game does not need a massive budget or ultra-HD graphics. Oftentimes, the best and most obscure games are those that stick to the classic elements of good horror, with the occasional twist to boot. 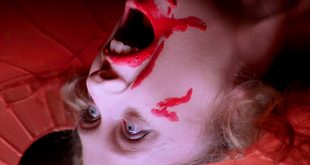 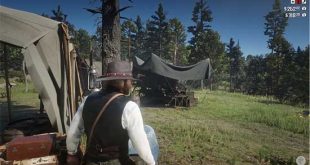