The world of horror movies has stimulated us as a society for over 100 years, and over time, there have been many offshoots. One of those is video games, and over the past two or three decades, we’ve seen countless video games inspired by horror movies. Some of them are truly awesome!

Today, we’re going to be taking a look at a specific type of game as we check out the best online games that have been inspired by horror movies.

Just to be clear, when we say “online games”, we’re not just talking about any games you can play online. The likes of PlayStation and Xbox cards are off the cards: today we’re talking strictly about games that are played online through a computer browser, be that browser on a PC, laptop or tablet – and in some cases, even a smartphone.

As such, we’ll be looking at free to play games plus some awesome casino games. But don’t worry, you don’t necessarily have to put down any money in order to play these casino games. A lot of them have demo versions that you can play for free – a great simulation of the casino experience!

If you do want to put down some money on those casino games, however, we can help you find the right place to play them. Here is your chance to enjoy this list of the best online casinos with real prizes. Each of these has a huge portfolio of games, so the chances are that you’ll find the individual games in our list at a handful of them.

On that note, let’s get right into it!

While we’re on the subject of online casino games, let’s take a look at one of the more popular examples. Developed by Red Tiger Gaming, who are based in Bristol, this vampire-themed online slot game is one of our favorites to play ever!

Why? Because it’s awesome! As is often the case with slot games designed by Red Tiger, the graphics are fantastic and it’s packed with cool bonus features that add an extra dimension of excitement to the gameplay as a whole. You’re not going to want to miss this one if you’re into horror movies and slot games. 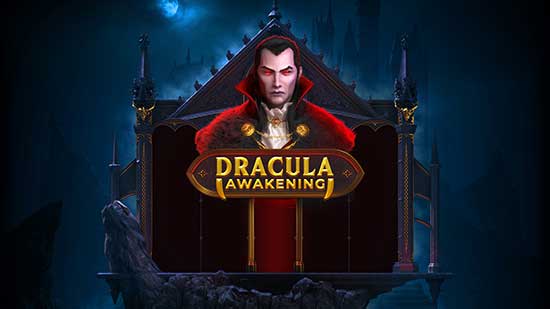 The original Dracula movie, Nosferatu, was released in 1922 and was based on a story that goes all the way back to the days of Vlad the Impaler in the 15th century. It’s a staple part of horror culture, so there’s no wonder there are loads of online games based on it!

Created all the way back in 2006, this free online browser game is based directly on the classic 1984 film A Nightmare on Elm Street.

You might have thought that it would have lost some of its quality over the years but actually, if anything, it has gained some charm. The retro feel that it has brings a new level of enjoyment and you can’t complain about that when it’s completely free to play online.

For more action of A Nightmare on Elm Street variety, why not check out the NetEnt slot of the same name?

NetEnt are one of the biggest online casino game developers in the world and have been since they were formed all the way back in 1996. As such, you would expect that they make seriously high-quality slots. And you’d be right.

Some people would go so far as to say that A Nightmare on Elm Street is one of their finest pieces of work. We’ll let you be the judge of that one.

A lot of people will debate as to whether the classic sci-fi movie Aliens holds sway in the horror domain but we’d certainly say it was scary enough to count!

Regardless, there’s a cracking free online browser game you can play that’s based on it. All you need to do to find it is search on Google. It’s definitely worth a quick play!

Another massive horror movie slot hit from NetEnt, this time based on the story (and many films) of Frankenstein, a book by Mary Shelley. Be prepared to be spooked by this fine example of a slot game. It’s definitely a big hitter.

And it isn’t just the awesome, spooky graphics that we love about this game. There are also tons of great ways to win some cash, thanks to a lot of paylines and some exciting bonuses. This is one not to be missed.