Home | Articles special | The Most Controversial Moments in Esports History

The Most Controversial Moments in Esports History 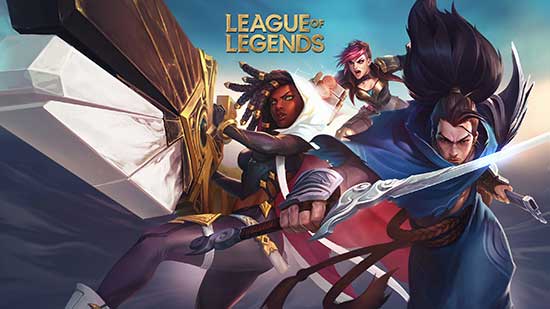 Esports has taken the world by storm. In just a few years, it has gone from something that was merely blogged about to being a billion-dollar industry, watched by millions across the world.

With so much money at stake and the competition fierce, esports hasn’t gone without its controversial moments. Below, we’ll take a look at some of the craziest incidents, from scandals to brutal on-stage fights.

Electronic sports, or esports for short, is a name used to describe organized competitive gaming events. These events consist of both leagues and tournaments which are held all over the world, sometimes in front of hundreds of thousands of people and streamed to millions more.

Such is its popularity that it has become one of the world’s fastest-growing industries. Globally, the esports industry is worth over $1bn. By 2024, that number is expected to hit $1.6bn.

Some of the most popular esports games include:

One of the most controversial moments in esports history is undoubtedly when they decided to ban women from participating in a number of tournaments.

It happened back in 2014. The ban on women participating was made by the International Esports Federation and applied to some of the world’s most popular games – Dota 2 and Hearthstone.

Its decision was, in their own words, “made in accordance with international sports authorities, as part of our effort to promote e-Sports as a legitimate sports.” In other words, they wanted to keep male and female competitions separate.

The decision wasn’t well received. It made international news, with the International Esports Federation being lambasted for being sexist.

However, the federation took prompt action and reversed its decision.

One of esports’ most controversial moments involved match-fixing with the game CS:GO. An upcoming team called iBUYPOWER (IBP) stormed to victory, but the manner in which they did so looked suspicious.

Questions were asked and soon it came out that the teams had been exchanging text messages. An agreement had been made for IBP to win the game.

When it comes to online betting, this sort of event severely damages confidence. And as a result, people will be less likely to bet on esports if there’s a risk of match-fixing.

When we think of performance-enhancing drugs, our minds drift to athletes. But while esports are not physical, they require intense concentration and the ability to perform under great pressure.

A player called Kory Friesen from a Counter-Strike team called Cloud9 revealed in an interview that for a tournament back in 2015, the entire team had been taking a drug called Adderall.

This drug contains central nervous system stimulants, one of which is amphetamine, a popular recreational drug. Adderall is known to improve focus and reduce impulsivity.

The news hit major newspapers such as the New York Times and prompted the Electronic Sports League to bring in anti-doping measures, including drug testing.

The ESL now conducts random drug testing throughout events. They’ve also introduced a series of punitive measures for offenders. These range from warnings and penalty points for mild cases to default losses and disqualification for severe offenses. For repeated cases of doping, players may face a lifetime ban.

Esports are highly competitive. With so much on the line, it’s understandable that tempers and nerves can get a little frayed. Especially when one team loses.

There have been plenty of fights in esports tournaments over the years. One of the most entertaining scuffles that seemingly blew up out of nothing happened back in April 2019.

Two teams  – Hawks Talon GC and Celtics Crossover – faced off in the NBA 2K League second season. The Hawks won the game, and afterwards while going for the usual sportsman-like shaking of hands, all hell broke loose.

Handshakes turned to shoulder barges, then to full-blooded shoves. One person nearly fell off the stage. A security guard, trying to break it up, nearly sent someone into the crowd. Not quite as dramatic as a horror movie, but entertaining enough.

Esports is a fast-growing industry, and with anything that grows swiftly, there’ll be aches and pains.

Although key organizations in the industry have gotten things wrong, especially with the likes of banning women from competing, it’s reassuring to see them acting promptly and decisively to right their errors.

There have also been positive responses to match-fixing and doping, which bodes well for the future of the industry.