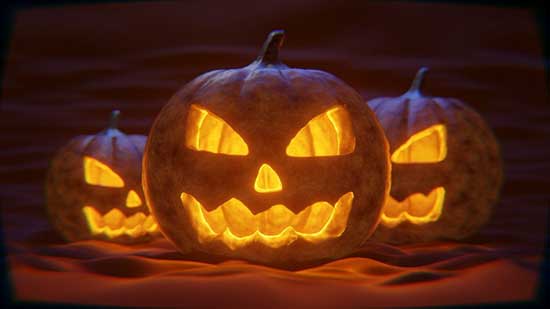 Halloween is right around the corner, which makes it the perfect time to check out some of the many spooky games that are available across all platforms. There’s a lot to choose from nowadays, ranging from violent and tense horror titles, to more playful takes on the genre.

Dead Space is a solid choice for the Halloween season, offering up gory monsters and limb-cutting action aboard a derelict mining ship. Engineer Isaac Clarke’s forays through its decrepit halls are tense, with just enough action to keep you on your toes.

As detailed by GamesRadar, Dead Space will be getting a brand new remake in the future. However, with no current release date — and the chance that it might change things for the worse — it’s definitely worth giving the original a try.

This one’s something for the multiplayer fans out there. Dead By Daylight features 4 vs. 1 PvP gameplay, giving you the chance to play as both a defenceless human and the monster chasing them.

It’s constantly updated each month, even receiving multiple crossover DLC packs that let you play as classic movie and video game characters. This includes content based on Resident Evil and (appropriately) the Halloween movies.

The original Five Nights at Freddy’s was a surprise hit, spawning a number of sequels — so many in fact, that the series received a Guinness World Record for most sequels released in a year!

It’s still a good franchise to play through for lots of jump scares and creepy animatronic designs. As an added bonus, most of the games can be found on PC, consoles, and mobile. There are even a few free entries, including the extra-hard Ultimate Custom Night.

Plants vs. Zombies 2 for mobile is one of the least scary games on this list, taking zombies and other creatures and putting them in a setting filled with sentient plants. Like IGN says during its review, this is a deliberately silly game that doesn’t take itself too seriously.

While you might not get scared during the gameplay, this tower defence title is an excellent way to enjoy Halloween on the go, thanks to its abundance of levels and unlockable plants.

Vampires are a big part of Halloween, from books to movies, with Dracula being the most well-known among them. NetEnt has adapted this classic monster — or more specifically, the version from Universal Studios’ 1931 film of the same name — into online slots form.

The titular Dracular is ever-present while you spin, ready to strike at a moments notice. He has a hoard of bats at his disposal, occasionally turning into a swarm of bats himself. It’s an interesting spin (pun intended) on a familiar creature.

If you’d prefer a more playful “spooky” slot, Big Bad Wolf Megaways is one to consider. This delightfully designed slot has emerged lately as one of the new titles among Gala Spins’ games online, and not unlike Plants Vs. Zombies 2 in the mobile category, it offers a more lighthearted take on vaguely scary concepts.

Big Bad Wolf Megaways’s design is based on the fable “The Three Little Pigs”, just with a slightly more Halloween-appropriate theme. The charismatic wolf won’t frighten you, but the potential for big payouts can certainly make your heart race.

Thanks for reading, and please feel free to browse through the rest of the spooky content on our site as we enjoy the Halloween season!