Nine Horror Film Clichés That Need to Go in 2021

Has your horror film catalog slimmed down because you can’t stand the repeated clichés? It seems that horror is a genre that has become pretty lazy recently, with many recycled troupes being used.

That said, here is a compiled list of the nine most repeated storylines that can make your film predictable.

This is common across many films and is when the protagonist, previously held captive, finally breaks free, only to find that the car they’d used is not working. In some cases, the car starts after a relentless effort from the protagonist before they can be recaptured. It’s annoying because there was no hint or set up previously that the car may be unreliable.

Poor cell Reception in the Woods

While cell reception is exceptional in 2021, filmmakers still find a way to make it seem as though we are back in the 50’s. It gets pretty annoying when the storyline does not progress because the protagonist can’t make that 911 call after they have fought and finally freed themselves. It’s unrealistic in modern films. In the majority of places, people will have a mobile network connection, even enough to play online casino Canada, let alone make a call to the emergency services.

Its unbelievable that after running for an hour in the woods, you’d be clumsy enough to drop your keys after finally spotting your car. This is a predictable cliché line that gets the protagonist ripped into pieces.

Police who Never Get to the Scene on Time

It’s pretty annoying that it’s only in horror films where the police never respond immediately to a 911 call. What’s even annoying is that they get to the scene when everyone has left or when there is a stockpile of dead people.

Cats have always been presented in an interesting way in horror films. Sometimes as a prediction of bad things to follow or animals associated with the supernatural world. However, there is a common cliché where an angry cat in this abandoned house creeps out of nowhere only to hiss at the film character. It’s getting a bit old. 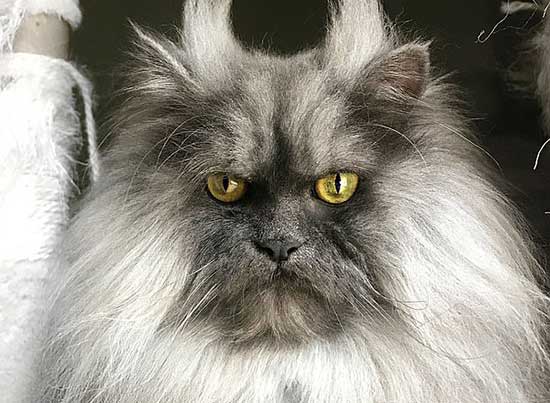 For most killers in a horror film, the axe is the most used murder weapon. Of course, its gives us that much-needed suspense and grisly murder scene, but hey, we need more murder weapons added to the catalog.

Running on the Highway

It may seem sensible to branch off to a narrow alley or a bush when a car chases you down the tarmac road, but that’s not common with some films. In most cases, the protagonist will be run over and crashed into pieces while they would have just branched off if the scenario happened in real life.

Hello, is anyone Home?

This is probably the most common phrase when a trouper can’t spot the killer. This is silly because the killer isn’t going to yell back.

We may have female athletes, but somehow horror films always portray women as people who can’t run. It is almost certain that in a group of five friends, the lady will fall and derail the escape plan, finally making the killer catch up.

While some of these storylines may be pretty annoying, some just need a little twist to keep them thrilling for longer.