Top 5 best Gothic Horror Movies to Watch with your S.O.

If you’re someone who might be described as ‘middle aged’ or ‘mature,’ and you have a passion for Gothic horror, what are the typical outlets where you might hang out seeking a partner? Did you know that more and more senior singles are going online to find partners? There are entire matchmaking services dedicated to these silver surfers. Joining a mature singles dating site will allow you to meet and flirt with a diverse range of fellow Gothic horror fans. You can develop chemistry via chats and flirty messages. Once you click with a mature single, you can start making plans for a Gothic movie night. Here are five of the most recommended titles.

Based on the bestselling novel by Anne Rice, this Gothic horror stars Tom Cruise and Brad Pitt as two vampires, Lestat and Louis, whose undead lifestyle means their existence transcends centuries, and Kirste Dunst as Claudia, their 10-year-old child protégé. Against richly depicted backdrops in New Orleans and Paris, Lestat’s bloodthirsty killer is contrasted with Louis’s gentler, more sympathetic approach to their prey. An equally potent dynamic is Claudia’s portrayal of the fledgeling vampire caught between these opposing viewpoints. This is a sumptuous visual feast, and Dunst’s remarkable performance as the little sharp-fanged assassin is remarkable, receiving a Golden Globe and launching her stellar Hollywood career. 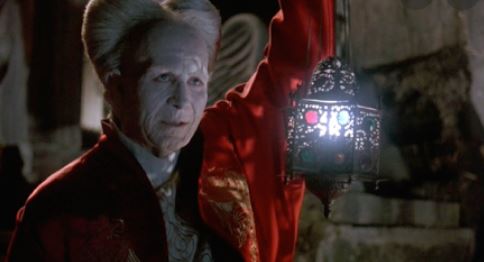 The tale of an aristocratic Transylvania bloodsucker was first brought to life by the Irish Gothic novelist Bram Stoker in 1897. Over the years, this horrific character, and his nemesis the vampire hunter Van Hesling, have done battle in numerous films, books and TV series. This version was directed by Francis Ford Coppolla, the multi-award-winning director behind The Godfather and Apocalypse Now. Featuring English actor Gary Oldman, relishing every moment of his performance as the count, this is a vibrant retelling of the classic tale. Keep an eye out for American singer Tom Waits as the deranged, insect-munching Renfield, a slave to Dracula’s evil schemes.

Grace (Nicole Kidman) lives in a house formerly occupied by the German Army on the island of Jersey in the English Channel, along with her two young children. Suffering from a rare condition that makes her extremely sensitive to light, she hires three servants, a housekeeper, a gardener, and a mute girl to handle some chores. After witnessing a piano playing without anyone touching the keys, Grace becomes convinced this house is home to paranormal forces. There is a huge twist at the end, and until then, this film will keep you both thoroughly entertained. 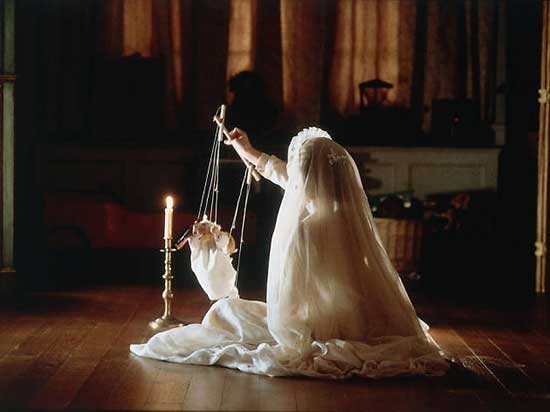 Based on a short story from the early 19th-century about murders committed in a New England village by a phantom horseman, this version stars Johnny Depp and was directed by the master of Gothic horror, Tim Burton. Featuring superb special effects, a rollicking soundtrack, and trademark quirky performances by Depp, and Christin Ricci as his love interest, this was a box office smash in 1999. With deranged horsemen, bodies being exhumed for inspection, and a vividly depicted nightmarish Halloween-like landscape, this movie will have you perched on the edge of your seats.

Directed by Roman Polanski in 1968, the Polish auteur took a risk in casting then not widely-known Mia Farrow as Rosemary. This decision certainly paid off – this masterpiece is often cited as one of the most significant horror movies of all time. Rosemary suspects that neighbors are a satanic cult wishing to use her baby as a ritualistic sacrifice. There follows a gripping story that teeters between psychological thriller and outright horror.