If you enjoy watching horror films but have often found that some of them have become way too commercialized and follow a similar plot, fret no more. Here we have reviewed one of the best horror films of 2020, and it was so successful in the box office and amongst fans that it’s still being talked about almost a year after its release. This horror film requires the utmost focus and concentration from the viewers and the stealth and strategy of the characters as they navigate the nail-biting, hair-raising obstacles to survive. If you thought gaming strategy was intense, you haven’t seen this film yet! Take a look. 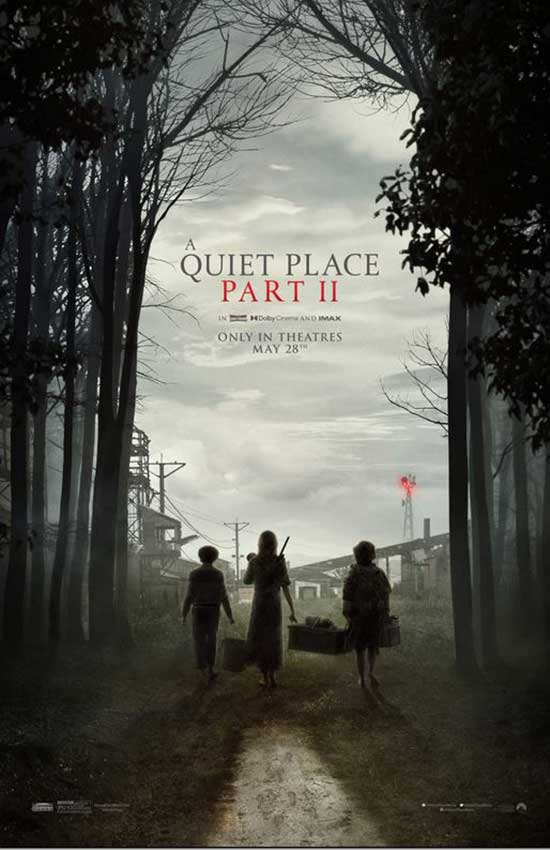 In the electrifying 2018 thriller A Quiet Place, humankind has been ravaged by terrifying alien predators with exceptional hearing skills, hearing superpowers, if you will. The plot follows the Abbotts, a family of survivors who have to stay completely silent throughout the whole movie, they can’t talk, sneeze, or even step on a creaky floorboard, or the super hearing aliens will kill them.

This is the type of movie that you need to watch alone and in complete silence to fully embrace and experience what the main characters had to go through.

A Quiet Place turned into a massive success, and its movie producer and star, John Krasinski, directed and also wrote a sequel that was meant to open in March 2020. However, at that point, the COVID-19 pandemic forced movie theaters to close. Hence the release of the movie was postponed.

Now, over a year after covid-19 first presented itself, movie theaters have opened again, and A Quiet Place Part II drew in huge crowds. As long as you wear your face masks and take precautions such as social distancing and sanitizing your hands, visiting a movie theatre is a pretty safe activity.

Whether you had the opportunity to watch the movie at the movie theatre or streamed it online, A Quiet Place Part II will probably make you a bit jumpy. Even though it doesn’t have the claustrophobic intensity that the first movie had, it’s still just as taut, full of suspense, and perfectly made.  Source: Variety

As in the first movie, Krasinski doesn’t clarify why the aliens are here, to begin with. However, he gives us an initial flashback to the horrible day the aliens arrived, destroying the Abbotts’ humble community in upstate New York and other different towns and urban areas worldwide. Unsurprisingly, many people die, yet the Abbotts endure, mainly because they’re quick to understand that the aliens hunt by sound.

After the flashback, the movie fast forwards numerous months, picking up where the previous film ended. As we know from the first movie, Krasinski’s character, Lee Abbott, was tragically killed, leaving behind his wife, Evelyn, played by the talented Emily Blunt, and their family. (Krasinski and Blunt are a real-life married couple, so the chemistry you witnessed in the first movie was all-natural.)

The Abbott family is shaken but remains resilient. In this sequel, they’ve finally found out what the aliens’ deadly weakness is, and they’re interested in connecting with other people who have survived. Thus they venture out from their farmhouse and begin their journey across an overgrown post-apocalyptic scene where danger and death lurk around every corner.

The crucial fact that the characters can’t talk or make any noise is one of the reasons the Quiet Place movies are so successful and effective. Not having the option to depend on verbal exposition has forced Krasinski to be an incredibly compelling visual storyteller.

It also helps that the Abbott’s are fluent in American Sign Language as their eldest daughter, Regan, is deaf, just like the excellent Millicent Simmonds, the actor who plays her. Just like in the first movie, Regan arises as to the story’s true legend. She’s brave, challenging, and determined to help however many others as she can. Her traumatized little brother, Marcus, who Noah Dupe plays with heartbreaking accuracy, is less determined and eager to take action.

Ultimately the Abbotts find a temporary shelter in an abandoned steel processing plant where they reunite with an old family friend, Emmett, played by a solemn Cillian Murphy. Emmett is still grieving the death of his family and has grown profoundly pessimistic about humankind, at one point saying that those that are left are not worth saving. Regan disagrees, of course, claiming that in addition to the fact that people are worth saving, they could retaliate against the aliens with enough of them to unite.

A Quiet Place Part II: What To Expect

This movie seems to prove both Emmett and Regan right. Regan and Emmett set out on a dangerous journey looking for survivors. They wind up in circumstances that lead to both hopes and, in some instances, despair. A few of the people that they meet are just as savage as the aliens; others are pretty much as caring and brave as Regan. That makes A Quiet Place Part II a surprisingly resonant film for current affairs as the world gradually rises out of a global health emergency that, while less frightening than an alien apocalypse, has revealed humankind at its best and it’s also its worst.

A Quiet Place Part II ends on an uncertain note, leaving the door open for a third movie, both exciting and highly frustrating. I’m already eagerly anticipating what happens next. Ideally, we’ll be able to watch the next film in a dark movie theater, as quietly as humanly possible.