Horror movies are often so badly made when it comes to having a storyline that passes as realistic. Nevertheless, the storylines are still scary and do make us jump regardless. That is why we watch horror movies after all, right? Low budget horror movies are often the way for horror movies, unless you have some serious spending money, like from the Conjuring series for example. Otherwise you have low budgets and low effects to create the gore and horror that the audience are craving.

The Leprechaun 3 is a primary example of that, with the many sequels, there have even been slot games made in honour of this 1995 title, and for good reason too. If you are interested in having a go on the slot game for yourself, make sure to check out the best online slots we have for you. It will be a blast, just do not blame us for jumping out of fright from your reels, every little while! If you are looking for more of a film review, do continue reading, as that is exactly what we have coming right up for you here! 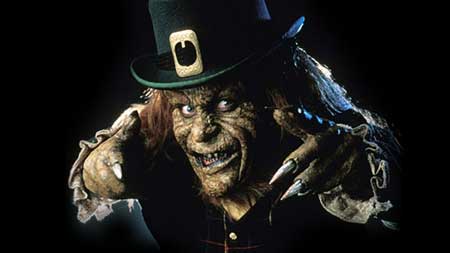 Plot of the movie

The plot of the movie involves a man who is an amputee, who happens to walk into a Las Vegas pawn shop, wanting to purchase a leprechaun statue for good luck. While superstitions for gambling are unworldly and usual sometimes, this one advises gamblers to keep a lucky charm close to them while gambling. However, leprechauns are not often the lucky charm you would keep close by while you gamble, meaning this is where the movie really starts with its quirk.

The statue that the man purchased happens to have a medallion across its neck, which is removed by the shop owner. This then brings the leprechaun to life, where he happens to run away leaving gold coins behind. It is not until later that a man named Scott, picks up the coin on his journey forward to the pawn shop, after he was hoping to pawn his Rolex watch due to losing all his money at a casino in Vegas. The coin enables Scott to have one wish, which he uses in the hope of being granted a winning streak, yet in the end he ends up being robbed by casino employees, when his wish actually comes true. Thinking that his day could not get any worse, the leprechaun actually attacks him and infects Scott with a drop of his blood. Scott slowly begins to turn into a leprechaun himself, and he comes faced with a decision of sharing the pot of gold he has in his possession by staying as a leprechaun for all of eternity, or he can walk away freely as a human with nothing in his possession.

Who is casted in the movie?

The cast members featured in this movie are actual actors that managed to salvage a great reputation in the world of film. Warwick Davis, also known from his recent role within Harry Potter, amongst others like Star Wars, Doctor Who and Horrible Histories. John Gattins joined the famous star in his role-playing role as Scott, to which he has been seen in Norbit, the Power Rangers and the film Flight.

Davis, being quite a famous actor today, carried this entire franchise into the popularity that it happened to gain. He certainly adds the element of character down to the core, and really happens to do it well, which is why he is specifically remembered when the movie is recalled-and not the movie itself! 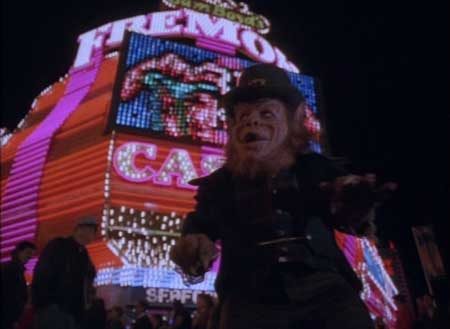 What do we think?

This movie features the best storyline of the Leprechaun series thus far, meaning you certainly would fare better by selecting this title instead of the other films within the series. Despite our opinion, the movie still got received rather badly within the press, meaning if you read other reviews online, they may not specifically be that convincing, if that makes sense. On IMDB it was given a rating of 5/10, which is still significantly higher than the other titles in the film sequel. Meaning you can arguably just watch this one, if you are wanting to view the best of the latter. Nevertheless, a 5/10 is not exactly a worldly achievement really, is it?

Not a great movie, but still worth the watch

If you are looking to watch a movie that should not be taken too seriously, and you have time to kill, this one could be a good one to watch. Call this a horror comedy to add to your list, you will never see this as Oscar worthy, but hey, you certainly will still have a giggle, with a little bit of gore. We would advise you to look at this movie with the eyes that it actually was released in. For 1995, it was reasonably good and it has a unique charm despite today’s better-quality movies. Davis himself said he enjoyed making this movie, as it had humour and was not a role that was set with a serious cast that took themselves too seriously. So, if it is good enough for Davis, it is good enough for us!