Horror Movies That Are So Bad, They’re Good

The horror genre seems to have far more than its fair share of bad movies. It’s hard to pinpoint exactly why this is, but common suggestions include the fact that writers often fail to create characters that are likeable and relatable, that directors rely too heavily on gore, and that it’s difficult to keep the tension needed to be scary since many older movies have already used many storytelling devices and techniques. 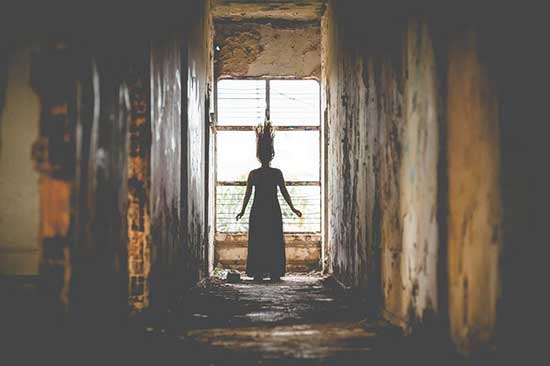 There are, of course, many great horror films including The Silence of the Lambs (1991) and The Thing (1982), but they are in the minority.

The reliance on gore is often due to laziness, but while gore can be “disturbing”, that isn’t the same as “scary”. Additionally, it becomes incredibly obvious that a character is about to be killed off when they wander down a dark alley or get separated from the group, audiences have seen this a million times, and can see what’s coming a mile off.

Some people blame bad horror movies on small budgets, but Paranormal Activity (2007) had a production budget of just $15,000 and has become one of the best films ever made in the genre.

Instead, it’s likely a combination of all of the above, and many other factors.

However, sometimes, horror movies are so bad they become good. Their cheese amuses us even more than it makes us cringe, their predictability becomes a game, and their bad acting becomes a source of delight.

Of all the bad horror movies ever made, these are some of the best.

The Haunted Casino is, as its name suggests, a movie about a casino that’s become haunted. Confusingly, it also goes by two other names, so you may know it as Dead Man’s Hand or Casino of the Damned.

Through the 2000s, the online casino industry was really taking off, with millions of players joining each year. Just as today, brands were using generous bonuses and other promotions in an attempt to attract customers away from competitors. This meant that the public had become very familiar and comfortable with casino games.

Cashing in on this trend, The Haunted Casino, tells the story of an old-fashioned gaming house that has been left abandoned for several years. It gets inherited by Matthew Dragna, after his uncle passes away.

After learning of this bequeathment, Dragna takes his girlfriend JJ and some of his buddies to go check it out. This is where the poor writing, predictability, and cheese begin to kick in. The interior of the casino is dark, covered in (cheap fake) dust and cobwebs, and lacks an electrical supply.

The film is relatively short at just 75 minutes, but the first hour is almost completely devoid of anything scary. However, it is packed with cheap casino puns that show the writers’ complete lack of understanding of the popular card and table games they’ve tried to reference.

Charles Brand, the producer and director of The Haunted Casino, is famed for his low-budget movies, with titles like Dirty Angels: Get Wet (2019), Barbie & Kendra Storm Area 51 (2020) and Zombies Vs. Strippers (2012) …yes, they are all real.

While it’s a terrible story that’s been produced badly, it’s definitely one to watch if you enjoy laughing at films like this.

The Leprechaun series started out as a bad horror movie but has developed a huge cult following. As the name suggests, Leprechaun 3 (1995) is the third instalment in the franchise, with the scary leprechaun heading to Las Vegas.

It begins with a scene that shows a man who’s missing a leg, a hand, and an eye stumble into a pawnshop somewhere in Las Vegas. He sells a gruesome-looking statue of a leprechaun to the shop assistant, claiming that the figurine is a lucky charm.

Around its neck is a gold medallion, which the pawnshop worker removes to keep for himself. This brings the statue to life, and the freshly animated leprechaun runs away, leaving his coin behind.

Chaos then ensues as the leprechaun begins searching for his lost treasure, leading him and an unsuspecting casino player on a series of escapades around Vegas.

Leprechaun 3 stars Warwick Davis, the actor that’s also featured in Harry Potter, Star Wars, and Doctor Who. He does a great job playing this angry creature, speaking mostly in riddles throughout the entire film.

This doesn’t stop it from being a bad film. Yet, Leprechaun 3 is fun and charming, helped by the fact that it doesn’t pretend to be something that it isn’t. 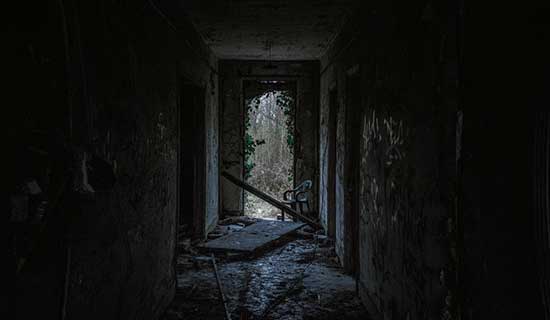 There’s nothing more predictable than when a bunch of horror movie characters move into a secluded house in a mountain or a forest, and in The Open house (2018), that is exactly what you get.

After her husband is killed in a car accident, Naomi finds herself unable to support herself so moves to live in her sister’s mountain chalet that’s miles away from civilisation. The chalet is up for sale, but the two sisters have agreed that Naomi can stay in it until the sale completes.

Shortly after moving in, strange goings-on begin to take place in the chalet. On one occasion, someone breaks into the house and sets up a candlelit meal on the dining table, but when she calls the police, predictably, they can’t find any evidence.

Shortly afterwards, Chris, who she lives with, goes missing and is found dead in his car. After some more predictable events, all of the main characters eventually end up dying in ridiculous circumstances.

The Open House, like The Haunted Casino, takes a while to get going before cramming a lot of action into the final quarter of the film. There’s almost no need for any spoiler warnings in reviews because everything that happens is predictable.

There are also critical mistakes in the film that leave huge holes in the plot, such as when a character attempts to call 911 but finds the SIM card removed from his phone. In real life, emergency calls can be made without one in any country, meaning he would have still been able to summon help.

It has managed a rating of just 3.2/10 on IMDb but it’s still worth a watch because of how amusing the predictability is.