Home | Articles special | Horror slots: Not for the Faint Hearted

Horror slots: Not for the Faint Hearted

All over the world, people love to get scared. Just consider the popularity of horror films, TV shows and computer games for a minute and you start to see a pattern.

Add in the thrill of scary theme park rides and the truth of that statement stands out terrifyingly loud. Horror-themed online slots are now part of that tradition of exhilarating and occasionally gruesome entertainment. 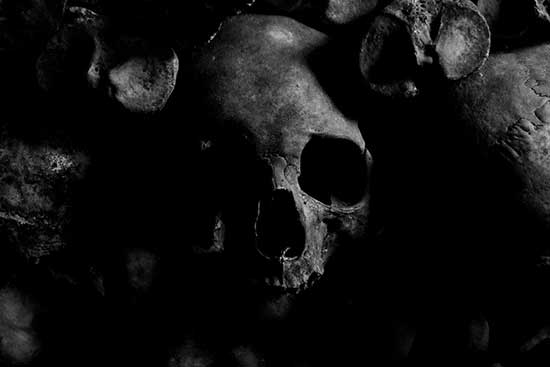 The fear factor provides viewers and consumers with a jolt of adrenalin and excitement. This is a major factor in the thinking behind all sorts of entertainment titles.

Horror in culture goes as far back as language itself, and probably even before that. Humans have always told each other scary stories to inspire, teach and entertain.

The folk tradition of telling tales in the dark to frighten and thrill became inspirational for writers and publishers. A gothic style of poetry, short stories and novels that incorporate dark myths and legends are the quintessence of horror.

Horror literature has also successfully transferred to cinema. Popular characters such as Frankenstein’s monster and Count Dracula originally appeared in novels at the start and the end of the 19th Century.

In today’s world, there is a range of media trading on our love for all things scary. Streaming services regularly seek out the latest horror TV titles and movies to keep audiences coming back for more.

In the case of video games, there has been a slew of successful franchises that have traded on our love for all things scary. So-called survival horror games, where the player has to endure past an onslaught of nasties, have been highly profitable.

Games like Silent Hill, Resident Evil and Among Us are all great examples of games that put the player right into the dark heart of entertainment. The demand for new computerized horror adventures is constant and there is no let up.

Developers are always looking for new ways to immerse the payer in the game’s environment. This is a key aspect of what makes the best horror games so effective.

They need to have a system that lets the player think that they are having a direct interaction with the game’s workings and story. A good game should make the player feel as though they are truly in the thick of it.

The loud and gory creation of horror themes is also hugely popular with online slots games. The line between funny and scary is not always clearly defined in the horror genre.

Slot games take this part of the fun and really run with it.

A title such as 9k Yeti taps into a horror adventure theme. The setting and mood take in the vast mountainous expanse of the Himalayas. The player takes on the role of a mountaineer tasked with uncovering riches and treasure.

Of course, the titular Yeti will have something to say – or roar – about that. Represented in the game by a terrifying visage of screaming ferocity, the icy beast certainly packs a serious punch.


Another horror themed slot game capable of creating a buzz for true horror movie fans is the A Nightmare on Elm Street Slot. In this captivating trip into a nightmare world, the player has to rack up the pay-outs while avoiding arch-menace Freddy Krueger.

The game comes complete with a whole host of horrific bonus features and a clever storyline that mirrors the original film. Real characters from the movie, including the razor-gloved Kruger, have all been included as game symbols.

Sure to have players on the edge of their seats, it’s an excellent example of the power of horror themes in slot games.

The slot game offers a sinister and cartoonish approach which is in keeping with the film’s combination of scares and laughs.

Bloodsuckers II is a sequel to one of the most popular horror themes slot games ever. The game offers a truly immersive player experience, with atmospheric sound effects and visuals putting the player right into the game.

Anyone who loves the vampire genre of horror will be well served with this release. With plenty of bonuses, free spins the game keeps the player completely engaged. There are also randomly selected prizes that can surprise without warning.

Pay of the Dead

This is another excellently crafted horror themed slot game. The game is set during a spooky holiday in Mexico.

The name is a play on the famous Day of the Dead festival in Mexico that attracts visitors every year.

Players have to try and find the winning combos and lines while avoiding the skull symbols that could mean the end of it all. The scary skulls are a recurring motif of the festival and reign supreme in this exciting and thrilling slot game.

Horror themes are always a winner across a wide range of entertainment styles. The latest offerings of slot games tap into our love of all things scary and sinister.