One of the reasons singles people to online dating is because it can be so easy to connect with compatible singles. If you are new to Internet dating, you are likely to be amazed by the possibilities that arise after you have completed the application process of signing up. Most of these platforms are so much more than places where singles can interact. They are vibrant communities catering to people from diverse backgrounds. After joining online dating website, you can search for individuals sharing your interests, develop chemistry, then plan to meet for the first time. For those thinking as far ahead as that exciting initial get-together, a common date night idea might be checking out what’s on Netflix. If you fancy cozying together on a couch, why not watch a scary movie? What better way to break the ice than jumping into each other’s arms every few minutes?! Check out our choice of 5 of the scariest movies.

Based on a novella by the master of suspense, Stephen King, this is a gripping tale of one man’s unraveling moral compass. Wilf James (Thomas Jane) is a farmer, eking an existence on his backwater Nebraska ranch. When his wife threatens to walk out on him to a more prosperous life in the big city, taking her share of the business with her, Wilf hatches a diabolical plan to murder her, with his son’s reluctant participation. While her body lies at the foot of a well, the local cops come sniffing around. Working out where this taut situation is going to go will keep you and your partner intrigued on your first date.

On a remote Welsh island in the early 20th century, a pagan cult has its clutches on Thomas’s (Dan Stevens) sister. He sees no other way to rescue her than pretend he is a willing recruit to their fanatical sect. He quickly discovers the terrible violence lying at the heart of this community, led by a charismatic prophet (Martin Sheen), and his henchman, the menacing Quinn (Mark Lewis Jones). Be warned, this scary film makes Wicker Man look decidedly tame, and several gruesome scenes will have you and your loved one cowering together for comfort.

This deliberately low-fi production kick-started a whole new scary movie genre of ‘found footage,’ presenting film-making in its rawest form – the storyline unfolding as if from camcorders. This point-of-view technique allows us to experience some genuine moments of terror in real-time, as three student filmmakers find themselves in sinister woodland in the dead of night, searching for evidence of supernatural activity. Just as the characters on-screen are reacting with dread to every sound of snapping twigs in the darkness, it’s the power of the human imagination to conjure ghosts that is the most unsettling aspect. 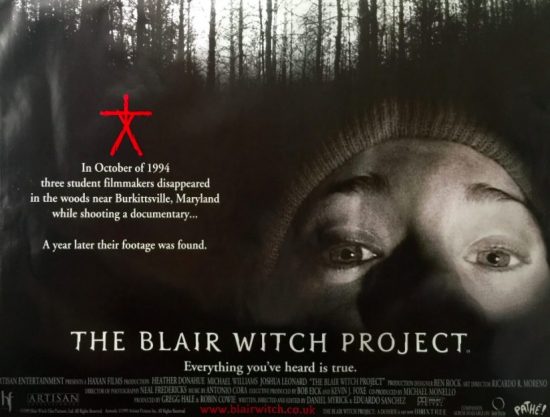 This time we head back to 1944 when Spain has been over-run by the dictator Franco’s forces after the overthrow of the democratically-elected government during the recent civil war. Against that backdrop, what unfolds is a mystical fairy tale, as we visit an otherworld seen through the eyes of a young girl, Ofelia (Ivana Baquero), retreating into fantasy as a way of escaping life: her mother is ill, and her stepfather is a ruthless fascist officer. But the fantastical dimension hosts some truly horrific entities. Disturbing but also mesmerizing, this will give you many talking points. 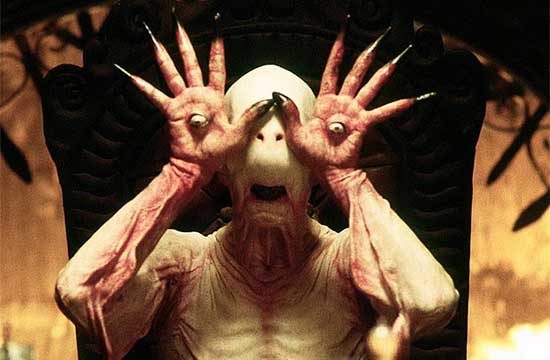 Leo DiCaprio plays a US Marshall sent to a psychiatric facility housed on a remote island to investigate the disappearance of a patient. The people he encounters, doctors and patients, sometimes seem difficult to differentiate, and this enthralling thriller will keep you on the edge of your seats, right up to its ambiguous climax. Was the Marshall even a real person, or the figment of an inmate’s twisted perception? Watch and find out for yourself!