How to feel truly thrilled? For example, you can try bungee jumping or place your first bet here 20bet.com/casino. But what if you want something less risky? Then you can turn on a horror movie or listen to the soundtracks from these films. These are the best compositions.

This film is a veritable puzzle by Clive Barker. Pain, pleasure and thrills are mixed together in one dark, phantasmagorical dance of death. The darkness only thickens thanks to the stunning soundtrack by Christopher Young. 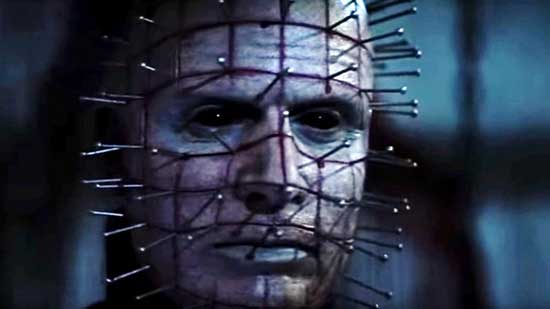 When we think of horror movie music, the recurring theme from Carpenter’s “Halloween” is probably the first thing that comes to mind. For many people, John Carpenter is first and foremost a famous screenwriter and director, and a lesser-known fact is that he wrote quite a bit of music. He created about 35 soundtracks, and it was “Halloween” that started it all.

At a certain point, synthesizers seized primacy among the instruments used for horror movie soundtracks. But Lucio Fulci chose composer Fabio Frizzi, who was not so keen on synthesizers. Inspired by the 70s and the genres of exploitation and jello (a subgenre of Italian horror films combining elements of crime thriller and erotica), he used guitars, choirs, brass instruments over a ghostly synthesizer sound. This soundtrack itself sounds like a powerful stream of blood!

It’s hard to find a creepier soundtrack than the one in “Suspiria” by Italian horror classic Dario Argento. Unthinkable whispers wafting through the corridors of the school, atmospheric chimes, manic synth and percussion sounds – with it all, prog-rock band Goblin have created an iconic soundtrack that sounds like an accompaniment to a macabre ritual. Every detail here, even a small piano number, feels like it’s coming from a nightmare. 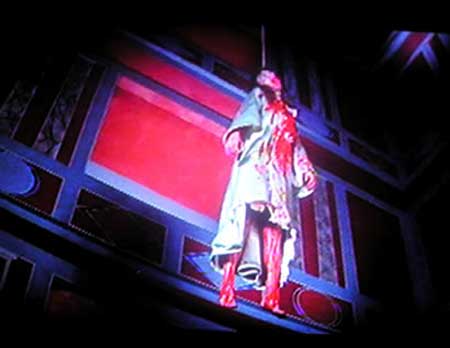 Argento originally asked composer Giorgio Gaslini to write the music, but after rejecting the result, he asked Goblin to replay what he had written in his own style. He was also very dissatisfied with this result, so he asked Claudio Simonetti of Goblin to write and record the music in one day. As a result, it’s become one of the most iconic horror soundtracks of all time.

“Candyman” is not an ordinary slasher. It’s an adult, thoughtful, poetically slow film that combines romance with historical facts and urban legends, retold with meticulous precision. A rather interesting (and right) move was to invite Philip Glass, one of the most influential composers of the 20th century, to write the music. Here Glass used humming organs and choral chants that are hypnotizing and trance-inducing.

The film was released the same year as Jesus Franco’s Vampyros Lesbos and also told the story of homosexual vampires. That was where their similarities ended, the narrative and approach to the music were completely different. Franco’s film had a light funk soundtrack that hardly had anything in common with the vampire theme.

Daughters of Darkness was far more complex and intricate, and to this day, it remains underrated among other horror films. The soundtrack is on its own by François de Roubaix, a composer considered a pioneer of French electronic music who worked with Jean-Pierre Melville, Yves Boisset and others, and died at the height of his career at 36.

The soundtrack for “Daughters of Darkness” deftly combines Baroque themes with New World sexuality. It moves from harpsichord, strings and harps to deep bass drums, wild rhythms and brass instruments. Both the film and the music broadcast skepticism toward the declining old world and excitement at the threshold of the new.