Netflix: 11 horror Movies and Thrillers to Keep you Awake all Night

Winter weather and cold and rain set up the atmosphere to enjoy some classic horror movies and thrillers on TV. They are exciting and keep your adrenaline high, like when you play in online casinos for real money. We have selected the best horror movies you can watch on Netflix.

Jack Torrance (Jack Nicholson) goes crazy and terrorizes his wife and young son while living in an empty and spooky hotel that has been closed for the winter. The great masterpiece of Stanley Kubrick, a psychological horror movie and a snowy hotel (Overlook Hotel) from which you can’t escape. Scary Jack Nicholson in one of the best roles of his career, as well as Sally Duval as his wife, in a film with scenes and details that have gone down in history (the maze, the twin girls, the hotel carpet, the son who was riding a bicycle in the corridors, the tent with the ax). 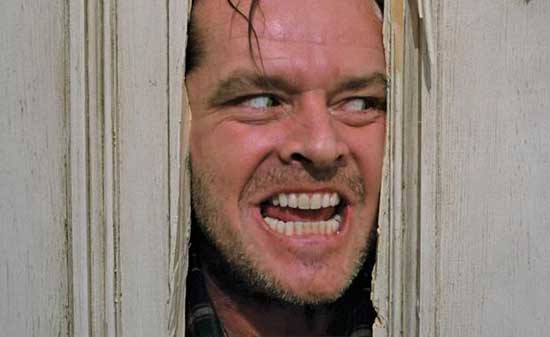 A naughty student, Arnie, repairs a classic 1958 Plymouth Fury car – but as soon as he sits behind the wheel, his confidence turns into savage arrogance. The car, named Christine, has its own personality and emotions. He envies anyone who comes close to Arnie. Based on Stephen King’s novel, John Carpenter, a year after the masterpiece “The Thing,” gives us another cult classic from the 80s.

A woman is excited to learn that she is pregnant, but as her belly grows, she is increasingly convinced that her unborn baby is in grave danger. For its time, a daring psychological horror film and influence for dozens of other films followed in the following decades. Shocking Mia Farrow in the role of pregnant Rosemary and John Cassavetes, with Roman Polanski as the director. It provoked many reactions in its time, capturing issues such as ethics, religion, and occultism.

When 17-year-old Charlie Brewster discovers that his new neighbor is a vampire, he seeks help from actor Peter Vincent, known for his role as a vampire killer. One of the cult films of the 80s, it was released in 1985 and is considered by many to be one of the best youth horror comedies of all time. And they aren’t wrong. Some less successful sequels followed, but we keep this first movie.

A husband finds the perfect gift for his wife: a beautiful and rare doll. But very soon, the joy caused by the mysterious object fades away. The right movie for a Sunday afternoon in December, with the rain falling (or snow) outside and the cold freezing your blood. The Annabelle doll is terrifying. I suspect you’ll not think the same about the dolls you have in your house after watching this movie. 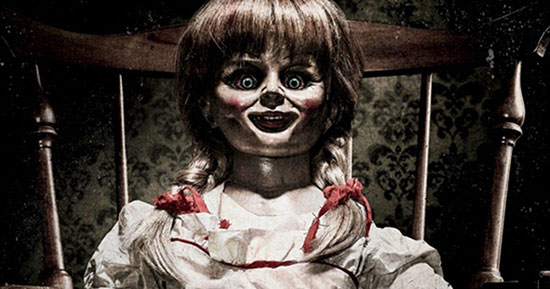 After a painful escape from war-torn South Sudan, a young refugee couple struggle to adjust to their new life in a small English town, which hides beneath its soil an unimaginable vicious force. One of the best original Netflix movies of the year is a psychological horror-thriller about racism, racial discrimination, and immigration. And this house, ready to swallow you …

A creepy graveyard is located behind the Creed family’s new, rural home in Maine. A series of tragic events will unfold soon. From the modern metaphors that stand worthy and have nothing to envy from the first, the authentic. Something that does not happen often. From a book by Stephen King (who else?), “Pet Semetery” stands worthy in front of the first film of 1989 and brings terror to our yard. After that, you will see cats and other pets with a different eye.

He is blind and rich, a perfect target for robbery. But things take a turn for the worse when three thieves get involved in a deadly cat-and-mouse game. I remember I had seen her in a dark room – the ones we miss now – and then I considered “Do Not Breathe” as one of the best thrillers of 2016. My opinion has not changed since then. It belongs to the elite of modern thrillers, with suspense that takes your breath away—not recommended for claustrophobics. If you have not seen it yet, do not think twice.

Of course, the film could not be missing from the list, which put the horror of Halloween in our homes and gave birth to a massive franchise with prequels and sequels, which never reached the original level. A classic slasher film by John Carpenter, who also wrote the music, is considered one of the most distinctive and recognizable. The protagonist is the scream queen Jamie Lee Curtis, in the footsteps of her mother (Janet Lee of “Psycho” ), who tries to escape from the hands of the absolute serial killer, Michael Myers, on Halloween day. Creepy and scary to this day. On the platform, you will also find the recent sequel of the franchise, “The Night with the Masks,” which was released in 2018 and was a great success.

It is not a classic 1984 movie, but it is a worthy remake of one of the most classic horror movie franchises. The story is well known: A group of teenagers is chased by the deformed murderer Freddie Krueger in their dreams. Therefore, as long as they stay awake, they are safe, but when they sleep, there is no escape …

Responding to an invitation from his ex-wife, a man brings his new girlfriend to dinner. There, he experiences the trauma of their child’s death again and suspects that his ex-wife has far-reaching motives for inviting him. Brilliant script and compelling interpretations compose this subversive and well-turned horror film based on the characters and commenting on human relationships and societies.