Home | News | The Loved Ones: Disco balls and murder

The Loved Ones: Disco balls and murder

Brent (Samuel) never recovered from the car crash that killed his father: the crash that he was responsible for. His only solace is his loving girlfriend Holly (Thaine). But there’s another girl who yearns to comfort Brent, the quietest girl in school, Lola (McLeavy), and when he turns down her invitation to the end of year dance, he enters a nightmare beyond imagining.

A terrifying series of events takes place under the light of a mirrored disco ball, involving pink satin, glitter, syringes, nails and power drills. Brent must summon every ounce of will he possesses if he is to survive and prevent Lola and her father from extending

Tags The Loved Ones 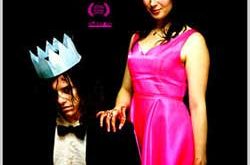