Slash has just struck a nice deal with Scout Productions to usher in a whole cache of 70s and 80s inspired slasher flicks. Scout will deliver the cash for the development of slasher screenplays. and top execs Eric Rob and Michael Williams set to topline the whole thing. The first movie is titled Nothing To Fear is a horror/thriller that follows a young family as it tries to reinvent itself by moving to a small town in rural Kansas. The family is tormented by an ancient demon with an insatiable blood lust. So thoughts? Think Slash can give Zombie a run for his money? Or will his efforts just be cheesy?

Tags Nothing to Fear 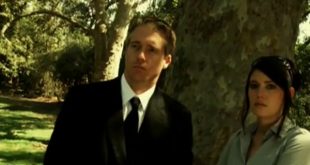 Nothing to Fear: but doppelgangers?