Home | Articles special | The Creeper from Jeepers Creepers: The Most Underrated Horror Villain?

The Creeper from Jeepers Creepers: The Most Underrated Horror Villain?

We can name a number of films that deserve a spot in the annals of horror history, including Carrie, The Shining, Rosemary’s Baby, The Exorcist, and Cannibal Holocaust, among others. It’s impossible to ignore the notorious legacies that these films have left behind, but what makes a truly memorable horror flick are the characters that comprise their respective universes. 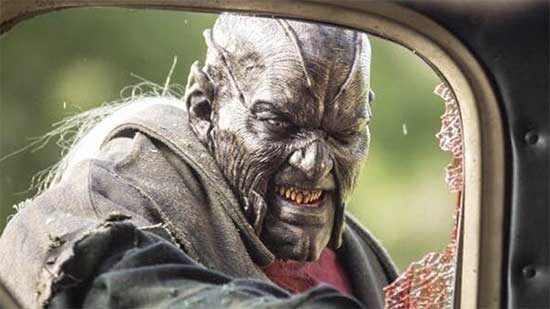 In a genre designed solely to terrify moviegoers, it’s the villains that make or break a franchise. Whether it’s Freddy Kruger, Jason Vorhees, Mike Myers, or The Thing, these characters have come to define what the genre is truly about, setting the tone for the fictional copycat serial killers and shapeshifting aliens that follow.

However, the world of horror does not just revolve around the iconic names, most of which have ended up in a list of the best horror movies of all time by Viral Baby. There are also characters that deserve a lot more of the spotlight. Lying at the periphery are characters that are just as scary and memorable, but lack the inertia needed to solidify their own legacies. In this article, we make the case for a certain horror movie villain that should have gained more attention from fans of the genre: the Creeper from Jeepers Creepers.

The Creeper first hit theatres in the 2001 film Jeepers Creepers, written and directed by Victor Salva and executive produced by Francis Ford Coppola of The Godfather fame.

In the film, Justin Long and Trish Jenner play a sibling duo who become the target of a humanoid creature known as the Creeper. Not much exposition was given about the creature’s origins, except for a psychic mentioning that the Creeper awakens every 23 years and feasts on humans for 23 days before it goes back to sleep for another 23 years.

From the outset, it might seem like the Creeper has similar characteristics as Pennywise from It, but there is a lot more to the creature that makes it a memorable enemy.

Horror villains have their own idiosyncrasies. For one, the Creeper is both man and monster. It knows how to drive a truck, stitches the bodies of its victims on the ceiling of its lair, and uses a variety of tools and traps to hunt down its prey. At the same time, it has the ability of flight and it can sprout wings which, we all know, is bad news for protagonists in any horror movie.

The creature has also proven to be troublesome to protagonists, with all three films in the series having the same outcome — the Creeper is defeated and returns to its 23-year slumber with the heroes expecting it to continue its killing spree.No one has come close to destroying the Creeper once and for all. Will we ever see the end to the monster’s hunger? It’s hard to tell at this point, but there is enough space for the original creators to play around with the Creeper’s lore.

The third installment hints at the possibility of extending the franchise, but while the Creeper doesn’t get as much fanfare as the Jigsaws and the Michael Myers of the horror world, it sure has the potential to be among the greatest horror movie villains ever.