Top Scariest Films of the Decade

The decade of good monstrous thrills and horror flick fans have been treated with loads of reasonably terrifying movies. Apart from being scary, these horror movies have touched upon themes like racist violence, childhood trauma, greed, child-eating monsters, family secrets, and life in the time of an apocalypse. However, the decade also saw its fair share of lousy movies.

If you are planning to watch a scary movie this weekend but confused as to which one it should be, you can take a look at the top picks from 2010-2020.

This is a movie that explores the scary side of the dance form, ballet. Black Swan is one of the best films directed by Darren Aronofsky. The movie is about the dream that follows Nina, played by Natalie Portman. She is a prolific ballerina who works in a well-known ballet company in New York and dreams of becoming the dancing lead someday. As the news of Beth, played by Winona Ryder, the prima ballerina being replaced makes rounds, in Black Swan by Tchaikovsky in the next production, Nina takes the opportunity to make her dreams come true. 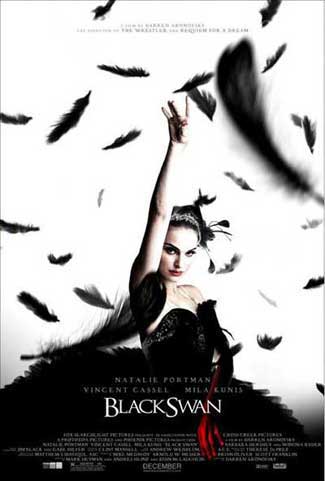 However, when she unexpectedly secures the lead role, she starts breaking down immense pressure to incarnate perfection. Eventually, she starts losing track of her reality until reality slips away completely. This is where the movie starts being a little creepy.

Black Swan has bagged several awards including Natalie Portman winning the Oscars. The movie jumps from being a high-drama to high tragedy.

Stephen King’s books have often been adapted into movies. No doubt, it has turned out to be a reliable source of terror. However, King-inspired movies have become quite common these days. It is partly due to the large success of It by Andy Muschietti. The movie was called the highest-earning horror movie of all time.

Surely, box-office collection doesn’t always take about the quality of the movie. However, in this case, the success at the box-office was only a bonus as it is a film that had already achieved something quite remarkable.

The movie is not only about a demonic clown but also the weird portrayal of Pennywise. It talks about the traumas of childhood, such as cruel parents, bullies, and loss of innocence. The power and potency of the film cannot be diminished. You can experience the toothiest horror. So, you can definitely give it a try this coming weekend.

After watching the movie, if you are really scared, you can brush it off by playing some casino games in an online casino. You can play the game that you prefer the most. However, make sure that you choose a reputable online casino. For this, you can check the casino review, as Grand Mondial casino review tells you everything that is to know about the site.

The Cabin in the Woods gives you the impression of the oldest horror story in a book. Drew Goddard, the director, and Joss Whedon, his co-writer, have tried to turn the formula helter-skelter. It is a self-aware horror flick since Scream by Wes Craven.

In this movie, you will get to see a group of youngsters, including their stoner friend, plan to spend a weekend at a cabin that is owned by a distant relative. However, from the time they are inside the cabin, they start experiencing some really scary things. The group also gets set up by a zombie family. The movie goes on to unveil a secret group underneath that manipulates the events. It is funny and bloody at the same time. Thus, the movie works as a comedy and horror flick. 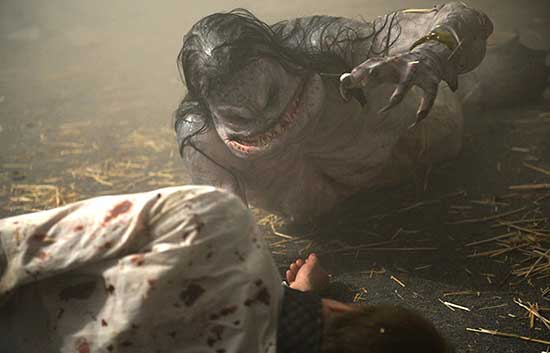 The Conjuring by James Wan came out in the year 2013. It has been set in 1971 and is about a family that suffers at the hand of demonic forces when they move into their new home. The house that they move into has a tragic history. Its story, combined with an extraordinary cast was able to make a mark on the audience. The story is full of suspense, mystery, and sympathy. The jump scares in the movie have been done right.

What comes as an additional scare is a script being based on a ‘true story’. Wilson and Farmiga portray the paranormal investigators, Ed Warren and Lorraine. They use their demonic knowledge, and absolute Christian-faith and clairvoyant powers of Lorraine to help the distressed family.

This is a movie that is going to make you second-guess reality. The story is about the cosmetic surgery of Lukas and Elias’ mother. When she returns home after the surgery, her sons start doubting that she is not actually their mother. The movie then spirals into a dark madness, and the boys try to test their mother in horrific ways. However, it looked more like they are trying to prove that she isn’t their mother. In the end, the nature of Lukas and Elias’ reality is questioned when their unbelievable post-traumatic psychosis is revealed.

Goodnight Mommy is a rough movie. It is heartbreaking and confusing at the same time. It is a fairy tale that comes with an excellent twist.

Train to Busan by Yeon Sang doesn’t really bring anything new to the floor in the zombie genre. However, out of the millions of zombie movies out there, this has got something special. There are characters that you are actually going to care about. One of them is the little girl who wishes to visit her mother.

The movie begins by showing the little girl, who has a workaholic dad, getting ready to meet her mother. They plan to go by train. However, there are reports of a suspicious outbreak, and you have to sit tight waiting for the zombies to show themselves.

The movie is going to introduce you to characters that are going to experience a ride of a lifetime. You will find some interesting characters. Some of these become heroes and other actual monsters.