Top 4 Types Of Monsters In Films

One of the most popular types of film genre that fans have loved for decades is horror. Horror films have dated back as far as the early 1900s with classic films such as Nosferatu (1922) and The Phantom of the Opera (1925). There are many factors that come together to make a great horror movies, one of which is the monster or villain that is there to terrify victims and scare audiences.

Over the years there have been many popular and classic horror movie villains such as Dracula, The Mummy, and The Blob that have graced the big screen. But throughout the horror film genre, which types of monsters have appeared time and time again? Here are just four of the most popular creatures and monsters in horror:

Vampires, especially Dracula, have appeared in many horror films over the decades. Many famous actors have portrayed the pale immortal monster brilliantly such as Christopher Lee, Bela Lugosi, Gary Oldman, and more. 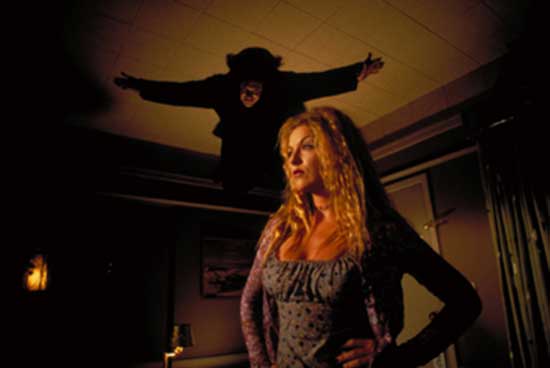 Vampires are one of the most popular types of monsters in films and have featured in many horror classics such as Bram Stoker’s Dracula (1992) and Fright Night (1985). Their ability to drink blood, shapeshift, hypnotise, and be quite difficult to kill, makes them one of the most dangerous monsters in horror.

Vampires have not only featured in horror films but also video games too such as, Vampyr (2019), BloodRayne (2002), and even in casino slot games such as Ooh Aah Dracula.

Other popular horror monsters that have been seen time and time again in films are zombies. What is most terrifying about these creatures is that they are the walking dead! In many films where characters die, they usually stay dead – but zombies rise again and cause complete carnage.

Zombies have been portrayed in a range of ways in horror films, the main difference usually being whether they are fast runners or slow crawlers when trying to chase victims. Dawn of the Dead (1978) and 28 Days Later (2002) are just some zombie films that have been popular over the years.

Being hunted by a hoard of the undead that doesn’t need food or water, sleep, or medical attention, makes them one of the most terrifying monsters in film.

Another popular type of monster that has appeared in films like Paranormal Activity (2007) and Poltergeist (1982) are supernatural spirits. Often these spirits are angry and out for revenge, and don’t always play well with people that move into their home or try to contact them through Ouija boards. Spirits are often one horror movie monster that scares us the most as they are near impossible to defeat.

Hidden in the shadows, they terrify us as they could be anywhere at any time and could attack without any warning. Films like Mama (2013) and Hereditary (2018) have featured supernatural elements and stories like these often don’t have a happy ending when it comes to spirits.

Similar to supernatural spirits, demons are also another monster who prey on vulnerable victims. Horror films like The Exorcist (1973) and The Exorcism of Emily Rose (2005) are a prime example of just how terrifying and relentless demons (and the devil) can be.

In most films that feature demons, these monsters usually get their way through possessing unsuspecting victims. This makes these monsters even more scary and difficult to defeat as they possess our loved ones and make them say and do things they wouldn’t normally do.

The only real way to get rid of the demon is by conducting an exorcism, which is almost always a difficult task to do!

“Todd” brings the horror home on DVD on March 16th

What happens when ‘Hot Fuzz’ meets ‘Shaun of the Dead’? Horror-Comedy ‘DEAD AGAIN’ from ITN