The horror genre in gaming has been thought of as being niche for quite some time. While some triple-A, multi-genre games invoked their fair share of scary or horrifying moments, such as the Dead Space franchise or Bioshock, horror as a whole has been underexplored in gaming.

With playing games being one of the most immersive entertainment experiences that one can enjoy at home, it makes for the best place to entice and excite fans of gore, scares, and the supernatural. In 2019, it looks as though horror is being given the attention that it deserves, with a huge line of great titles across all platforms coming out this year already.

So, let’s explore some of the greatest horror games of 2019 so far, showcasing why this year is already one of the best years for the genre in gaming.

Preparing for the fall onslaught of horror games

One sector of gaming which has explored every possible genre in depth is that of online slots gaming. You can play multiple games in any theme regardless of how niche the genre is simple because developers create so many of these games. Among the most well-represented genres and themes in slots is horror. You’ll find slots with supernatural beings, slots that lean into dark magic, and some of the more gruesome sides of the genre.

For fans of horror and online slots, every fall brings with it a slew of brand new horror games from top developers in and around Halloween. From the most recent wave of new horror slots, Lady Helsing is certainly one of the standouts. In the slot, you battle against the Mummy, the Vampire, and the Monster in the 40-payline, 96.5 percent RTP slot. Another particularly horrifying highlight of 2018 is The Curious Cabinet. Filled with needle-pierced hearts, glowing skulls, toads, and reel-filling demented dolls, the medium-high volatility slot is the stuff of nightmares.

Luckily horror lovers have been gifted a slot game early in 2019, with Play’n Go sending its most popular character, Rich Wilde, into the writings of H.P. Lovecraft in Rich Wilde and the Tome of Madness. Here, players tussle with the horrors of the Tome and uncover the dark secrets of the Cult of Cthulhu, looking to cash-in on the 96.59 percent RTP and much sought-after high volatility.

Following their State of Play presentation earlier this year, it became clear that PlayStation was going all-in on finally pushing its PlayStation VR platform to the masses. Among the big-name games like Marvel’s Iron Man and Blood & Truth, there was an announcement that had all horror fans excited: Five Nights at Freddy’s VR: Help Wanted.

Released in May this year, Help Wanted joined a superb collection of horror games and horror experiences on the PSVR. Virtual reality gaming is seen as the best place for horror games due to how unavoidably immersive they can be via a headset.

Help Wanted was preceded by Intruders: Hide and Seek this year, which has been praised as one of the most intense VR horror games out there, with you playing as a defenseless boy. Brought out in July, Rise of Insanity has also earned quite the fan base, with its cues from Silent Hill, The Shining, and The Exorcist giving it a terrifyingly familiar feel.

Some big horror hitters in triple-A video gaming this year

Rated very highly in the reviews of many critics, Metro Exodus perfectly combines post-apocalyptic horror with adventure and exploration through a story-driven yet fairly open-world shooter. As the third installment of the Metro series, fans knew to expect some jump scares, horrible-looking creatures, and peculiar storylines. In Exodus, however, the developers have gone another step further to make the game more tense and terrifying throughout.

But Metro Exodus isn’t the only grand horror video game to come to the storefront this year. The game of World War Z finally came out this year as well. It is filled with heart-racing, frantic zombie action – proving that fast zombies are far more thrilling than slow ones.

As you can see, across all platforms, the horror genre is enjoying a great year in 2019, bringing heart-thumping thrills to all players. 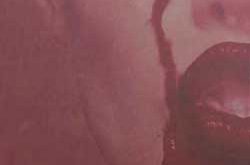 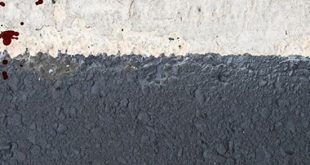