Home | Articles special | The Curse of Sequels: Why They Are Always Worse Than Part One

The Curse of Sequels: Why They Are Always Worse Than Part One

Why Sequels are Always Worse Than Original Movies 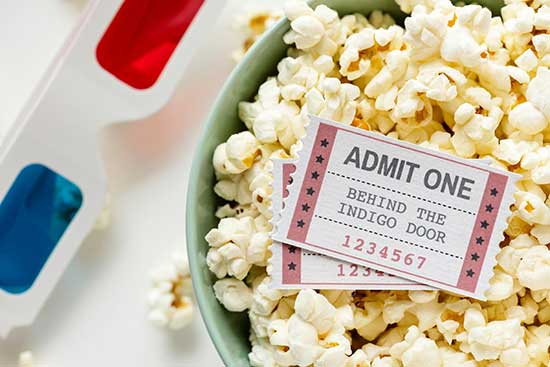 Nowadays, sequels are a kind of curse for both movie creators and viewers. Producers want money, so screenplay writers are forced to generate ideas out of thin air. It is essential to produce sequels to successful movies until public interest has not waned.

Frequently, the lack of a good concept drags the whole franchise to the bottom. But this is not always the case. A striking example is the Marvel Universe where any sequel turns out exceptionally well, and sometimes even better than the original movie.

The viewers go to the cinema expecting to see a great movie. At best, they are disappointed only in the sequel, at worst – in the whole franchise. That is why they accuse the producers, directors, screenwriters, and actors of being excessively greedy.

Nevertheless, producers are still chasing after profits, rolling out sequels to successful movies in large quantities. They know that the feeling of nostalgia, which is so popular nowadays, will draw people into movie theatres and thus help them accomplish their objective. Their recipe for success is pretty simple: take an old TV show, invite some charismatic actors, and launch a massive promotion campaign. And then you can just sit back and relax watching box-office returns pour in.

An alternative approach involves releasing a new movie and seeing how the audience responds to it. If it is accepted well, they create a sequel followed by a couple of prequels and spinoffs

Take, for example, the Star Wars franchise which Lucasfilm sold to Walt Disney (by the way, the latter already owns Marvel, Fox, and Sony). Many fans still can’t forgive George Lucas for this deal. The media were unanimous in that regard: Disney will bleed the franchise dry to enrich themselves. And, of course, they will be selling T-shirts, collectibles, and toys in the Star Wars at shopDisney.

So, let’s find out why sequels are always worse than the original movies. If you need to write an essay with an identical title, we strongly recommend you hire a custom writing agency which will do the job quickly and professionally.

Paradoxical as it may seem, the problem with any sequel lies in the original.  The original movie always has the advantage of being optimally structured and having most interesting characters. The structure serves as a vehicle for revealing character personality, while the characters themselves are selected based on the structure requirements. This symbiosis cannot be repeated in the sequel because it will be too similar to the original.

The creators have to increase the number of problems the main characters face (e.g. by adding more epic battles and explaining their significance) or face the need to revert back to the original movie’s scenario.

Even Star Wars film wasn’t spared from this, and this despite the fact that that’s a solid trilogy, and not just a movie and a couple of sequels. All the three episodes are built around the same idea: the mystery of Vader, Luke’s becoming a Jedi, murder of Palpatine and the overthrow of his regime.

After the Death Star is destroyed in the first episode, the viewers find it very strange to see the main characters being unable to deal with Jabba who is nothing but a small-time thief.

If we sum up all the arguments, we’ll once again see that making sequels is a bad idea for most projects. That said, the history of cinematography has some unique exceptions, and this is something we’ll be talking about in the next chapter.

Tarantino’s dilogy ‘Kill Bill’ is the best movie he’s ever made. It fuses different genres, such as drama, road movie, comedy, western, Hong Kong-style fights and even animation. Basically, these are the key elements that contribute to the success of this American filmmaker.

And though Black Mamba does tend to bore the audience by the middle of the movie, she’s not at all to be blamed for that. The trouble is that all the villains in the film, despite being unique in their own way, possess the same level of strength and threat.

Shortcomings aside, the movie grips the viewer tight from the first minutes and never lets go. And the sheer number of fights and stunts in it can leave no one indifferent.

This is an iconic movie, most scenes from which are impossible to forget. However, few people know that Arnold Schwarzenegger who did such an excellent job playing a ruthless human-like robot from the future, wanted the screenwriters to change the plot so Sarah Connor, the mother of yet unborn John Connor, gets killed in the first part.

‘The Dark Knight’ is probably the best movie in Christopher Nolan’s filmography, and certainly, a more famous one than ‘Batman Begins.’ Being a mixture of neo-noir, realism, and special effects, the film is famous for its memorable plot twists. If you ask anyone who is more or less familiar with the world of comics, ‘Who’s the best villain in the history of cinematography?’, almost all of them will answer, ‘Joker’.

This is an interesting phenomenon because Keith Ledger really did succeed in creating an infinitely charismatic hero. The film is, to some extent, a monument to him, even though no one planned for it, nor expected things to turn out the way they did. Actually, all the characters in the sequel, including Batman, are so well developed that the viewer has absolutely no problem discerning between good and evil.

Still disagree that sequels ruin the original movies? How about watching all the above films and proving us wrong? Who knows, maybe your arguments will be even more convincing than ours? 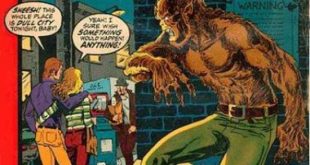 Moon Beasts and Moon Mercenaries: Looking Back at Werewolf By Night #32 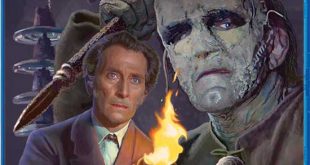 May 19: “THE EVIL OF FRANKENSTEIN COLLECTOR’S EDITION” From SCREAM FACTORY 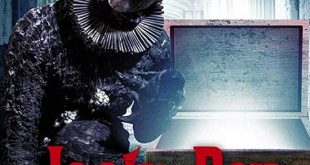