The Effect Of Watching Horrors: Pros and Cons

Feeling afraid has its negative effects. Fright may actually do things to the body too. When a person becomes nervous, his or her mind and body react in self-defence. The effect of perceived but imagined threat may or may not cause short or long-term issues.

So should authorities start removing horror flicks showing in cinemas? Should they at least tell folks not to watch scary movie titles when they’re alone? To have the answer yourself, or do your homework about the subject, you should find out the pros and cons. After all, watching frightful films has unique effects on viewers. Also, different age groups now have access to the said flicks. 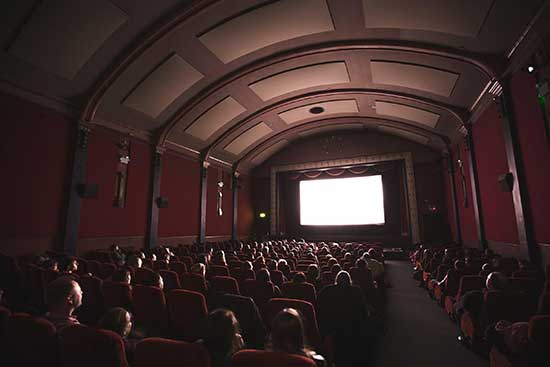 The film industry continues to produce a lot of low and big budget, blood-curdling movies. Directors also respond to the demands of enthusiasts. They work on developing more and more hair-raising motion pictures. Governments and recognized organizations allow producers to do so too. As long as parents or guardians go with children who are not of legal age when they watch, there is no problem. In the opinion of those in authority and some experienced adults, at least.

Around the globe, countries permit kids who are 13 years old and above to watch such type of movies. Authority figures only encourage guardians to provide parental guidance to younger audiences. Frightening films have become a part of life. It’s unlikely that their removal would happen anytime soon. Folks now aren’t as fearful as their seniors were on what the movies can do to children.

Teachers currently communicate with parents before giving out sensitive assignments. They tell the adults to watch certain PG motion pictures with their kids. That is to guide the young in understanding happenings during the presentations. Also, it’s for parents to educate their offspring about the fictional nature of films.

Yet a lot of adults still commit to the idea that scary movies are generally bad. They prefer to write articles about such features for their young ones. Some even contact an essay writing service for homework help. That’s to come up with excellent essays on horror flicks.

What Are The Pros And Cons of Watching Horror Films?

People have a different opinion on the nature of spine-chilling motion pictures. To get an idea about why groups are for and against it, you ought to know the experiences of those who’ve watched some. Through below, you may know how do horror movies affect the brain.

It can help one adjust better during stressful situations.

An individual can become braver after exposure to those that may cause stress. Examples are the possibilities of death and violence. Being familiar with shocking things and situations can cause less trauma too. But this isn’t to say that terrifying one’s self is the remedy to nervousness. Some people are only saying that a person can somehow get used to terror. In the realm of psychology, through movies, desensitization is possible. Repeated exposure to scary pictures may cause less negative responses to petrifying situations. Through constant watching, an individual could withstand seeing another person hurt and die. By it, control over emotions could be much more manageable.

Because of it, one can have improved brain activity.

A person’s level of alertness becomes enhanced whenever he or she senses danger. Certain hormones get released due to the unconscious, fight or flight response. After watching, there’s still dopamine and adrenaline within the body. It means that an individual turns more alert after viewing a horrifying feature. Aside from that, the brain learns survival techniques. More often than not, victims fight their way to stay alive. Whether characters end up alive or dead, viewers become informed. They become learned through the advantages and consequences of specific actions. Thus they also become ready to cope with demanding real-life situations.

Watching can also let you evade stressful stimuli, too.

It can preoccupy your brain by letting you empathize with victims. It can also let you think about identifying with malevolent forces for a while. Tuning in to a scary movie can help you divert your attention from those that bombard your mind. As mentioned, hormones such as adrenaline get produced during one’s viewing. It can thus aid a person in clearing his or her head and feeling better.

Titles that may be too scary for someone may cause real nightmares.

Due to bad dreams, an individual may most likely experience problems. Being too scared and having night terrors can cause sleep deprivation or insomnia. Likewise, one thing leads to another because increased wakefulness results in health problems. When you’re unable to sleep, your immune system suffers. Even if you’re able to shut your eyes for a while, you would still need to have quality slumber to make your body healthy.

When a person can’t take what he or she’s seen, he or she might become traumatized. A scared person may have the images of the fearsome things that he or she saw in a film. In turn, the individual may have paranoia or a serious mental health problem. For this, people are usually sent for medical treatment.

Feature films are there to cater to specific audiences. Producers created and distributed them for amusement. Some might be suitable for children while others are for the matures. But, when it comes to disturbing content, fright is usually not for the faint-hearted. This is why people who brave the cinema to watch a frightful flick tag along with others. In the end, though, no one is forcing anyone to do anything. So, with that in mind, a person gets to decide whether to watch scary movie titles is best to do or otherwise. 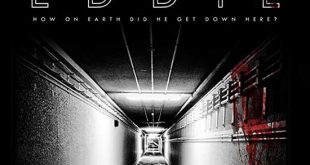