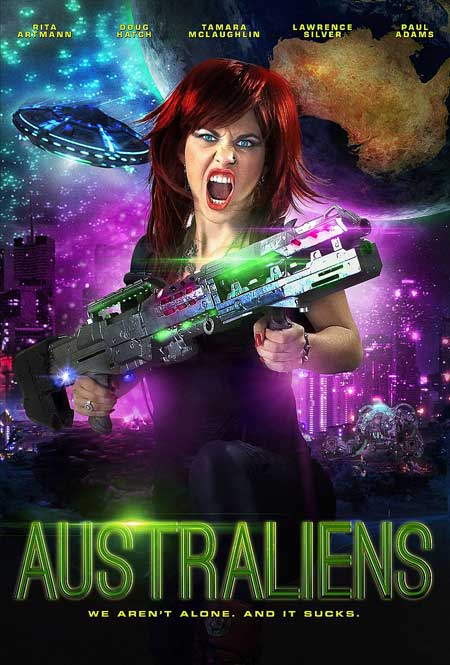 When aliens from Uranus attack Australia, it’s up to Andi Gibson, along with friends and family, to defend the country and send the invaders back to where they came from.

Rita Artmann plays Andi Gibson, a die-hard proselytizer concerning the existence of aliens, as well as being the head-banging lead singer of the forehead-slapping punk band, Titanium Turtle; they’re best known for a blood-curdling version of Waltzing Matilda that would make the screeching sound of fingernails on a chalkboard envious. Exactly when she transformed into the scarlet-haired rocker is a mystery, but her fascination with aliens began in late childhood; at the age of ten, when she encountered a flying saucer outside her house, her obsession apparently became even more heated. As far as her friends are concerned, since that night, she’s been acting like a Mormon on crack when it comes to convincing others that aliens exist; at the slightest provocation, she repeats the story of her encounter and claims the aliens gave her “otherworldly cognitive powers”. At this point, those in the know usually roll their eyes, their heads, and any other body parts that’re flexible. No one believes her until the fateful night when the invasion genuinely begins, then she smothers them all in I-Told-You-Sos; still, to her annoyance, they periodically, and conveniently, forget she did tell them so. 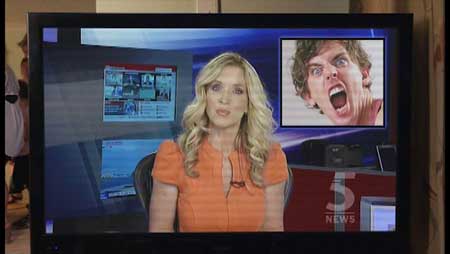 Once the invasion gets into gear and starts pumping on all cylinders, Andi and her friends realize the only place on the planet being attacked is Australia; remembering her “otherworldly cognitive powers” again, she believes the aliens are actually after her because, she thinks, it’s those powers that are the only thing capable of standing up to the alien onslaught. Of course, this brings up the question: if her “otherworldly cognitive powers” were the only thing capable of defeating the aliens, why did they give them to her in the first place? Ah-hah! Gotchya! It may have been an easy catch on my part, but the question just seems churlish now, because we’re having too much fun at this point. So, ignore it.

Anyway, when she finds out her mother has been abducted by the aliens and taken to their base camp at St Sheila’s School for Girls, the Scooby gang heads out to kick some alien butt and save the planet. Well, Australia, that is, which is still a sizable chunk of the planet, even when you exclude Tasmania. For the purposes of this good-natured horseplay, though, that’s good enough. 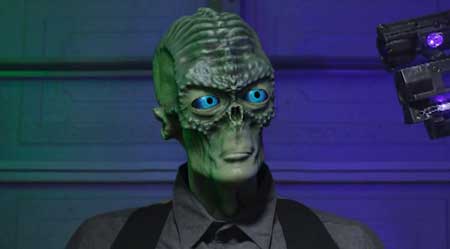 The scripters, Rita Artmann and Joe Bauer, have taken the simple and tired premise of alien invasion and crafted a silly script refreshingly lacking in the snarky cynicism common to recent modern comedies; the jokes, most of the time, are clever and, at other times, just plain light-hearted and flippant. The scene, a third of the way into the film, where Andi and her friends are zig-zagging down the road in a car, trying to avoid being hit by alien lasers only to be frustrated and slowed down by a bicyclist coming out of nowhere to hog the road is a prime example of the enjoyable Take the Money and Run lunacy one can expect from the movie. As director, Joe Bauer has created an unassuming, low-budget charmer devoid of pretense and fabrication; his skill shines when it comes to solid narrative detail and the visual construction of scenes; as editor, he keeps the jokes tight, and the scenes fluid and active with sharp cuts. 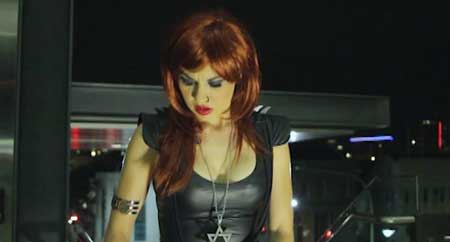 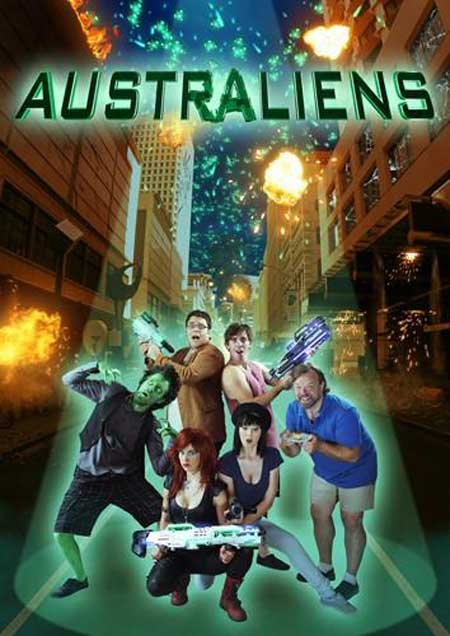 The cast, for a low budget production, is pretty spot on, although occasionally precarious, once in a while missing the mark when it comes to focus and appropriate energy for the scene. Joe Bauer’s hysterical turn as John Brown is remarkably well done, making him a triple threat movie maker everyone should keep an eye on. 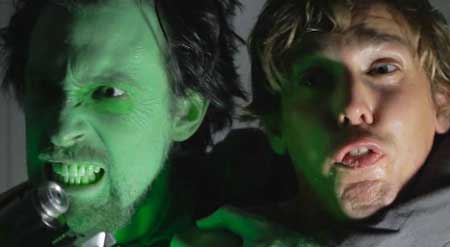 Rita Artmann is properly over the top in most scenes, while Paul Adams as Dennis Gibson, Andi’s father, stays nicely deadpan throughout the film, adding a pleasant pull-back to the rest of the mugging from the other cast members; Doug Hatch as Elliot, Andi’s brother, plays up the character’s nervous hypochondria to a tee with frequent funny results; Lawrence Silver as Keith, Andi’s cousin, does a solid job humorously portraying the dunderheaded jock with a penchant for Uranus jokes; Caroline Bell as Kylie, Andi’s mother, and Tamara McLaughlin as Cam, Andi’s best friend, seem to give the weakest of the performances, but this seems to come from the actors having little to do, with Cam simply being the tag-along camera operator and Kylie hardly being in the film at all. 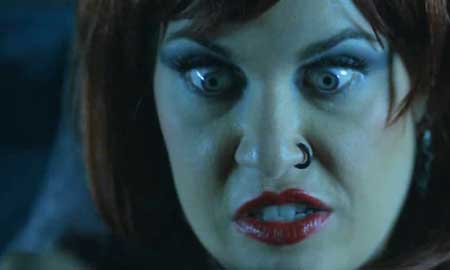 The special effects are noticeably low budget, but that seems fitting for this unpretentious endeavor; and David Lazar’s soundtrack, though sparse, is quite effective when present. Overall, Australiens is a humorous, solid production, easily capable of turning a bad day right out of Uranus into a fun day at the movies.