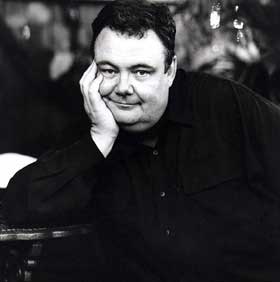 Wow, I am Bummed. I met him back at Chiller Theatre like 10 years ago- he was so nice, funny, and seemed genuinely pleased to be there. He spent over 20 minutes chit chatting and playing around with me. I might know him personally but I know he will be deeply missed by family,friends and fans alike.

(arrowinthehead.com)
Glenn Shadix, also known as Otho from BEETLEJUICE, died yesterday morning at his home in Birmingham, Alabama. He was pretty much a famous thespian who played in a lot of favorite films
and even more appearances in television and animated series. The man’s been in almost 75 different shows altogether. Gleen Shadix is also known for starring in shows like HERCULES: THE LEGENDARY JOURNEYS, JACKIE CHAN ADVENTURES and THE MASK series.

Most notably, however, is his partnership with Tim Burton. Shadix is known, Johnny Depp aside, for having a very close professional relationship with Burton. Burton chose him to star in films such as The Nightmare Before Christmas, PLANET OF THE APES and the 1988 horror comedy BEETLEJUICE, which he is probably most widely remembered in as the great Otho. In BEETLEJUICE he plays the kooky interior designer who takes a wack at summoning the dead. Shadix returned to Alabama, his home state, after spending a nice chunk of time in Los Angeles. Recently, Shadix had been in a wheelchair according to his sister, Susan Gagne. Gagne states that the actor was “having mobility problems” and may have fallen out of his wheelchair and “hit his head on the kitchen.”This is presumed to be the lead cause of his death The actor was 58 when he died. Survivors include his sister, mother and brother-in-law. Juliet Green, Shadix’s personal manager, states after working with him for over a decade, “He was one of the most creative, original, funny and wise performers I’ve ever had the privilege to work with.”